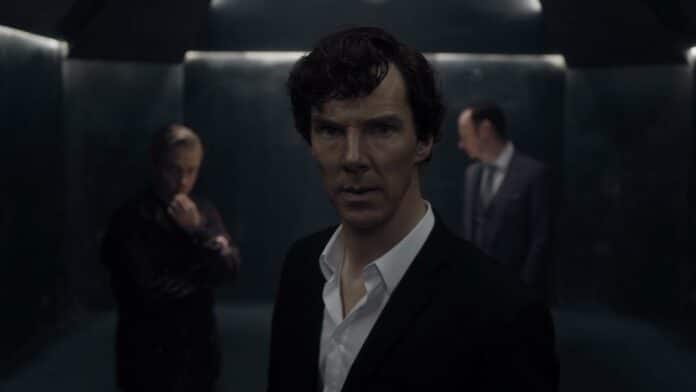 The renowned detective Sherlock Holmes is perhaps the most frequently portrayed literary character in film and TV. It’s rarely a surprise these days to learn when there is a new adaptation of Sir Arthur Conan Doyle’s iconic mystery-solving character. After all, there are over 250 adaptations of the Great Detective, according to the Guinness World Records.

I’ve recently started re-reading Doyle’s works. That, combined with the upcoming Netflix release of the sequel to Enola Holmes in November, prompted me to provide a breakdown into who has played the Great Detective over the years. We’ve seen a range of iterations, from classic adaptations to more contemporary versions with modern takes on the literary genius, so the question of who has best done the discerning detective justice is a tough one, but it’s a question that I have taken upon myself to answer. Mind you, it’s important to note that the Holmes’ below are just a glimpse of the many on-screen adaptations.

To begin, I feel like this rendition deserves the lowest spot on this list. As you might guess from the presence of Will Ferrell, this movie is a comedic interpretation of the iconic character, with Ferrell’s bumbling take on the Great Detective. It is laughable at times, but mostly cringe-worthy.

In Netflix’s adaptation, Sherlock, played by Henry Cavill, takes a backseat to support his younger sister Enola, played by Stranger Things’ Millie Bobbie Brown), who is the focus of the story. It is a classic, Victorian take with a feminist edge, with the focus being on Enola instead of Sherlock or their brother Mycroft (played by Sam Caflin from The Hunger Games series); however, the explicit focus on Enola’s independence lacks subtlety and nuance, and Cavill’s Sherlock seems to be devoid of any substance. Nevertheless, I look forward to seeing what the sequel has in store.

A modernized addition to the Sherlock Holmes canon, this CBS rendition, which stars Jonny Lee Miller as the detective, is one of the more contemporary versions. As more of an Americanized procedural drama (think Law & Order). I have mixed feelings about this iteration. It takes quite a lot of liberties from the literature, reimagining the iconic character as a recovering drug addict and police consultant in New York who gets out of rehab as the series begins. However, I feel like it doesn’t truly pay off as Miller’s portrayal ultimately falls flat.

Perhaps it’s because the 2009 incarnation with Robert Downey Jr. as the titular character comes following his performance as Iron Man. But this series, directed by Guy Ritchie, positions the adventure as more of a blockbuster action movie. The movies emphasize Sherlock’s physical prowess more than in previous iterations, portraying him as a larger-than-life action hero. It isn’t particularly faithful to the story, or even that witty, which is why it didn’t score higher on the list, but it’s still enjoyable to watch.

Basil Rathbone (The Adventures of Sherlock Holmes, The Hound of the Baskervilles and more, 1939 – 1946)

For seven years, Basil Rathbone played the Great Detective in perhaps one of his most iconic roles. Immersed in a classic Victorian setting, Rathbone’s Holmes is on par compared to other portrayals when it comes to his intelligence, focus and class. What I like most about his portrayal, perhaps, is how he brings to life the detective’s knack for taking on various disguises. However, he does lack the spark compared to some portrayals, which is why he isn’t higher on the list.

The BBC rendition is another contemporary version, similar to Elementary; however, it proves to be more promising. Unlike its American counterpart, Benedict Cumberbatch manages to capture the essence of the character. Cumberbatch combines the titular character’s wit with the character’s arrogance and intellect. I also enjoyed the introduction of Cumberbatch’s Holmes through the eyes of Watson, ex-army doctor-turned-blogger, which mirrors the literature that largely focuses on Holmes through Watson’s eyes.

The most exciting part of any ranking is the reveal of who makes it to the top. I recently watched for the first time the Soviet movie series, which ran from 1979 to 1986; this iteration of the character, played by Vasily Lentilov, stuck with me, particularly for its accuracy to Doyle’s original works. Livanov’s version of the character feels perhaps the most aligned with Doyle’s vision. Livanov brings to life the gentleman we know and love while also focusing on Holmes as a cunning and witty detective.