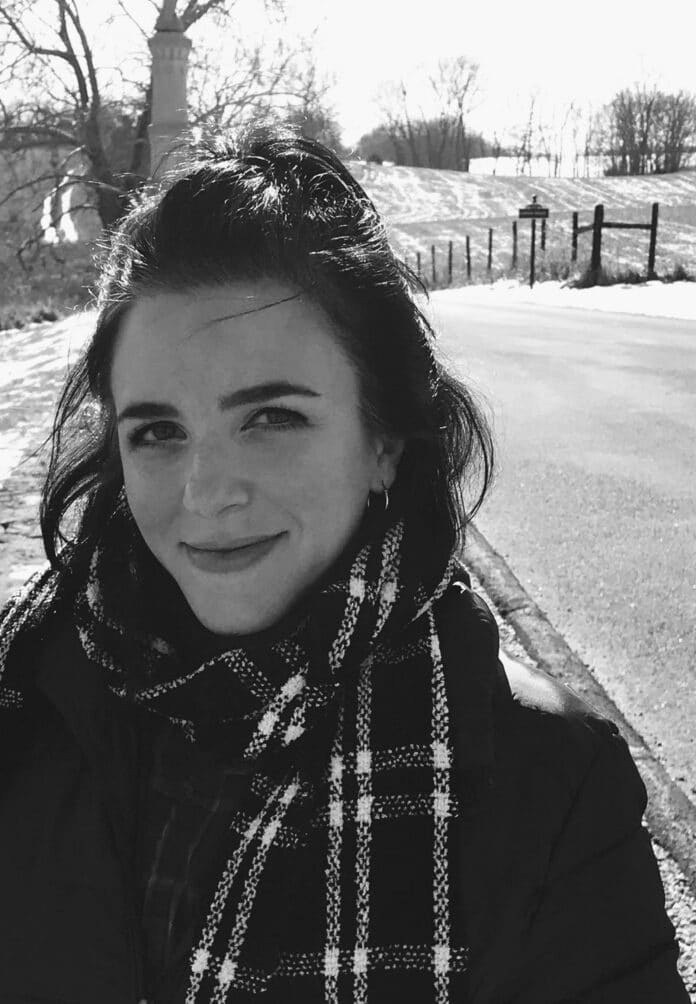 One might be obsessed with a TV show — for example, I am a Survivor superfan — but to be absorbed is a totally different thing. For Bonnie Lincoln, the narrator of Ashley Hutson’s debut novel One’s Company, absorption is the point, and she’ll do whatever it takes to get herself there.

After recently winning the lottery, Bonnie uses every cent of the grandiose sum to move out of her rickety house with a small porch into an exact replica of the set of the 70’s sitcom Three’s Company, down to the minutest detail, planning to live out the rest of her life pretending to be the show’s characters. She tells a select few about her win, including a lawyer to handle her money and several caseworkers, responsible for bringing her food and ensuring she’s sealed away about her fictional-turned-real world.

Bonnie’s reason for escaping isn’t pure fun, though; after a family trauma that left her scarred, she’s desperate to be anyone besides herself. A complex character in her own right, “Solitude is never loneliness when you have your subject,” she says. “You’re forever living in it, or going toward it.”

Our Culture spoke with Ashley Hutson about her new book, multiple internal selves, and the psychology behind Bonnie’s demeanor.

Congratulations on your debut novel! You’re a prolific short story writer, but how does it feel to have this longer form of work out?

Well, I’m not so prolific these days, in the short story arena. But no, it feels good to have a book out. It doesn’t really affect my day-to-day life, but I’m proud of it and I’m happy it’s out there.

Bonnie Lincoln, our narrator, is not too great of a person — she frequently has intense, even murderous urge, mostly towards her supposed best friend Krystal. How did it feel to inhabit this kind of character’s mind?

Well, it’s interesting you phrase it like that — I don’t see her as a bad person, necessarily, I just see her as a person who has endured some pretty bad things and she’s just kind of coping the only way she knows how. But to inhabit her mind, I think something a lot of writers don’t talk about a lot is that it’s fun. There’s all this talk about unreliable or unlikeable narrators, and it’s just fun to write that kind of person.

I see a narrative online where it’s like, ‘If this narrator is doing bad things, this is a problematic book,’ but it’s just not real. I love unreliable narrators who behave badly. Maybe she’s not a bad person, but I always found that her internal monologue always says things most people would never admit to. If some tiny thing goes wrong, she’s, like, ‘Where’s my hammer?’ We all have these moments of flaring up, but with her, you heard about it every single time.

Right, yeah. And I don’t know, I mean, if you spend all day everyday maintaining civility and having to be nice — and you might even enjoy being nice! — but when you sit down to write, I guess nice people just don’t interest me.

So the first thing we know about Bonnie is that she wins the lottery, and she then uses the money to create this replica of the set of Three’s Company, a TV show from the 70s she’s obsessed with, and uses as a means to make herself feel better. I’m curious if the inspiration behind this idea came from real life, because I personally latch onto shows, books, and music easily and sometimes I don’t let go for a while.

Well, yes, you are correct! [Laughs] I love Three’s Company. Honestly, writing this book, I know Bonnie is sort of the ‘troubled’ character, but the actual reareating of a fictional world, that was always my personal dream. I kind of have an obsessive mind, so writing it was sort of exorcizing this obsession. Because I ain’t winning the lottery, you know, I don’t have a lot of money. Might as well just imagine it. I wanted to take it to the complete, ultimate, extreme. And I’m surprised that hasn’t happened yet. Maybe it has and we’ve just never heard about it yet. It just seems like such a wild and exciting undertaking. 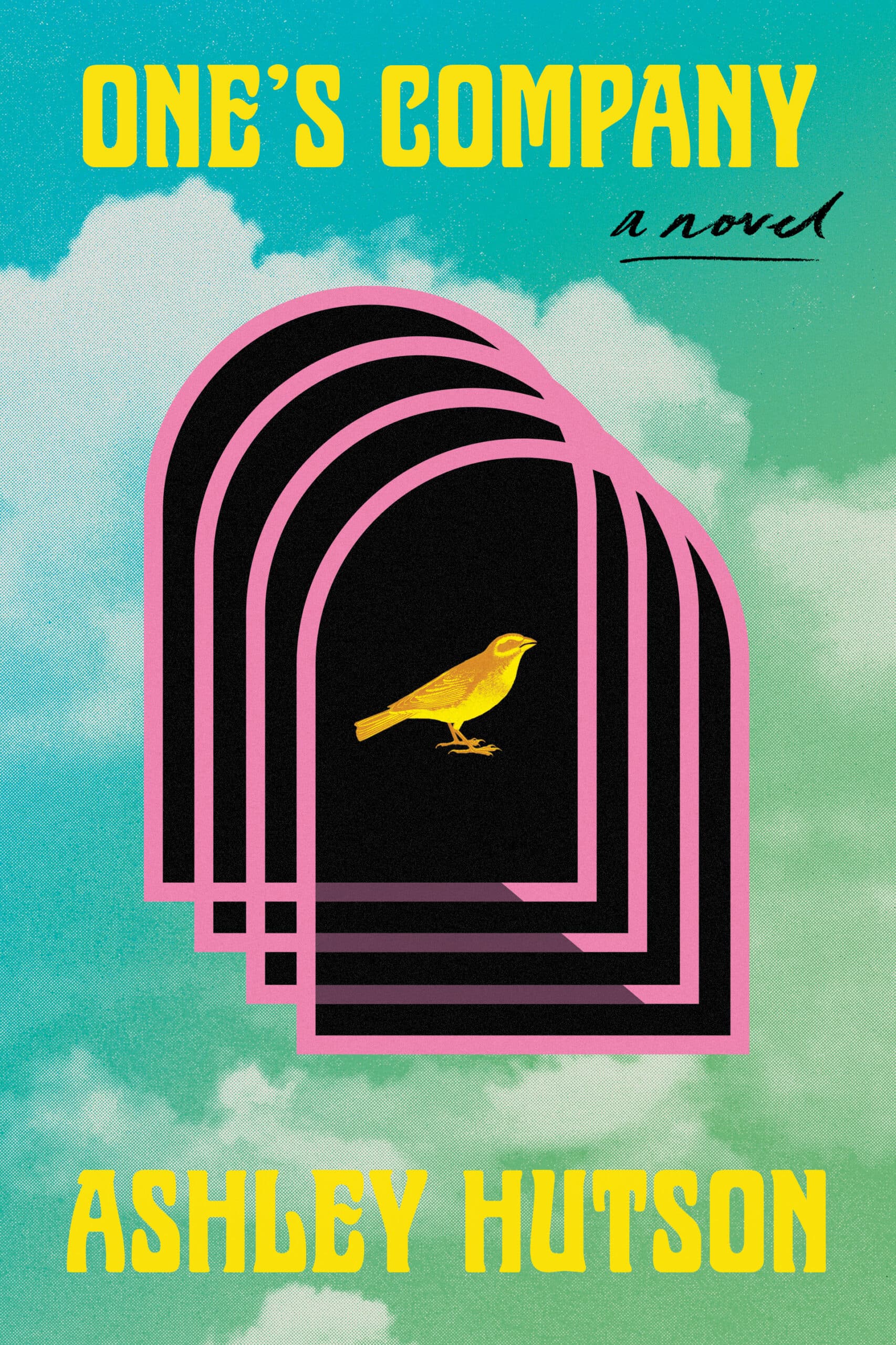 I’ve seen the book be labeled as ‘absurdist fiction,’ which kind of puts a name on what I was feeling. I think it was so clever to have this mechanism of the lottery being an end-all be-all explanation for why Bonnie has the power to do everything she wants to do. It was almost like a cheat code for you as the author to really play around and go deep into details that, amongst other circumstances, wouldn’t work.

Yeah, I mean, God, could you imagine trying to do that now? Like, with inflation? It feels like it costs so much money to be alive, let alone go on these exciting, imaginary adventures. The money — I mean, money does cure everything. I’m sorry! A lot is left up to your personality and life circumstances or whatever, but it is the answer to a lot of stuff! We’re living in this capitalistic society, you almost need that cheat code to even have any verisimilitude at all in this kind of story.

I also thought it was interesting that she used the money entirely for herself — that’s probably people’s first thought, to just go insane, but if they actually win it, they might save or donate. But Bonnie’s like, ‘I won. I’m using all of it.’

Right! I mean, why not? It’s mine! You might as well use it.

As her predicament goes on, Bonnie starts to become delusional and at some points believes herself to be one or even some of the characters on the show. What made you interested in writing about this part of the human psyche?

I’ve found that in a lot of my writing, especially in the last few years, which has not been published, I’ve been really concerned with issues of identity and the idea that there are multiple people living within each of us at all times. And everyone walks around and we don’t really talk about it. We don’t really talk about our wish to live another life or be someone else. I mean, maybe we talk about it, but we do it in terms of jealousy or maybe longing. We don’t talk about it in terms of a sense of creativity. I think a lot of people long for a different existence. I feel like that urge comes from an urge to create something, to be different, to imagine a different way of being. And to actually do that, it is kind of absurd to think of it happening the way it does in the book. In Bonnie’s case, specifically, she had a lot of things she wanted to get away from. She wants to be other people. But I feel like that’s sort of an oversimplification, like, ‘Oh, she’s traumatized, so she wants to be somebody else.’ Of course, that’s part of it, but I think there is a deep creative impulse in Bonnie. Winning the lottery and sort of having nothing to hold her back mentally, because she lost so much, there’s nothing impeding her now to just do whatever she wants to do.

I think part of the reason I liked the book so much is that I’m working on my own stuff that concerns delusion and wanting to be someone so much that you don’t notice the reality that’s in front of you. I like the idea of multiple selves in you, even if it’s a future version of yourself.

I really do feel like people live different lives throughout our life. I don’t know if that’s just an unhealthy way of dealing with my life, I don’t know, but sometimes I look back and I just think, ‘Who was that person? Who wrote this?’ I totally subscribe to that belief that we are different people as we move through life, for sure.

Your writing is so powerful and confident, especially in the character of Bonnie Lincoln, that I didn’t realize Three’s Company was a real show at first, and thought all these details had come from your brain. Where do you think you get your writing style from, and did it differ when it came to the book as opposed to previous stories?

Well, first of all, I hope you check out Three’s Company! Give it a chance. It’s totally dated, you have to brace yourself for some dated humor. But I’m not sure where my style comes from. I don’t know how this gets done. I really don’t. I can’t believe I wrote a book, Sam. It’s shocking to me. I think it’s different from my short stories, but it wasn’t a conscious choice.

Did you always want to be a writer?

I always wanted to write, but I never thought being a writer was even a possibility for someone like me. I grew up in a small town where the arts were not very celebrated, you know, it wasn’t considered a real endeavor. I didn’t start writing and publishing until I was — maybe in the past seven years? I’ve always written stuff, but I don’t know, being a writer just seems so unreal and bizarre. When I hear other people say, ‘Oh, yes, I knew I was going to be a writer,’ I don’t get that. But that’s great! That sets up a person for earlier success, for sure, probably, maybe, I don’t know.

After a few years in her experiment, things go off the rails after an unpredictable storm — tension is inevitable, but why did you want her story to change in this specific way?

Once she got into the whole experience, she kind of started to realize there were parts she hadn’t planned for or hadn’t expected that sort of took her out of that fantasy. She needed to meet someone else who was completely outside of her own experience to shake things up a little bit, and maybe shift her perspective.

I felt a little bad for her — she planned for so much, then this random weather event shook everything.

And that’s just the horror of life — it’s so unpredictable. You can plan and plan and plan… That’s the beauty of fantasy, you can just skip over those little parts and just go straight to what you want.

Now that the book is out, are you working on anything now? Do you have another novel idea in your mind or other short stories?

I am working on my next book, hopefully. I generally try not to share anything about it [laughs], to not give anything away, but I am. Fingers crossed it’s not another ten years!