5 Mesmerizing Mermaid Paintings That Will Leave You Breathless 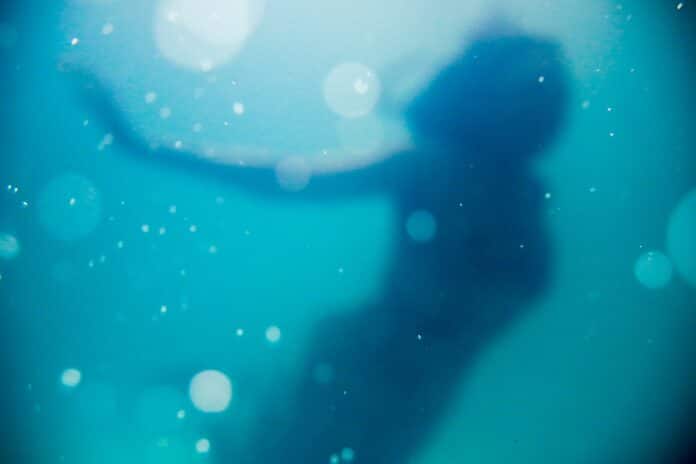 Mermaids are mythical aquatic creatures with the upper body of a female human being joined to the tail of a fish, according to folklore. Many cultures worldwide, including those in Europe, Asia, and Africa, have mermaid legends.

Mermaids are occasionally linked to dangerous occurrences like storms, floods, shipwrecks, and drownings. However, other folk traditions (or occasionally within the same traditions) describe them as being kind or generous, bestowing blessings, or falling in love with people.

As with everything in the world, myth or legend, fable or fact, many paintings depict the existence of mermaids and their famous beauty. This article will examine five mermaid paintings that will take your breath away. Read on to find out more about these mesmerizing mermaid paintings.

Our first painting on this list was titled ‘A Mermaid’. It is a 1900 painting by John William Waterhouse, an English painter famous for first being an Academic before embracing the Brotherhood’s (a pre-Raphaelite movement) style and subject matter. His paintings were prevalently depictions of women from both Arthurian legend and Greek mythology.

After he was appointed an Academician, John William Waterhouse submitted this piece to the Royal Academy. Beginning in the 1880s, Waterhouse displayed intricate compositions with numerous figures and solo figures, frequently borrowed from literature or Greek mythology, at the Royal Academy and the New Gallery. It’s believed that Alfred Lord Tennyson’s poem “The Mermaid” , inspired Waterhouse’s painting of A Mermaid.

Waterhouse, however, was also intrigued by the mermaid’s role in enchantress mythology, which is a darker one. Historically, mermaids were sirens that sang seductively to sailors, luring them to their deaths. They were also sad figures because any romance was doomed. After all, men could not live in their aquatic domain, and mermaids could not thrive inside the human world, which they craved.

Since there are no sailors seen in Waterhouse’s painting, the mermaid, despite being a “siren”, is shown as an appealing, lonesome figure despite having a fishtail. The mermaid is seen alone in a remote cove, sweetly combing out her long hair as she sings, creating a sense of peaceful sorrow. A shell with pearls inside it is next to her; some think the pearls were created by the seafarers’ dead sailors’ tears.

This traditional mermaid painting created by Howard Pyle is an illustration of the artist’s fondness for fantastical creatures. The scene depicts a mermaid dragging a guy drowning to shore after saving him from the water.

While the man is dressed merely in a loincloth and a red cap, the mermaid is decorated with jewelry. The interaction of conflicting forces in nature is the primary theme of the picture. For example, a hug between a human and a mermaid, a rescuer and a rescuee, a land and a sea, etc.

Author and artist from the United States, Howard Pyle taught illustration at the Drexel Institute of Art, Science, and Industry. Sadly, he passed away while on his artistic journey to Italy, leaving the work unfinished. Although a student finished it, the artist’s original inspiration is still a mystery. The Delaware Art Museum currently houses the paintings.

Mermaids at Play, a Symbolist masterwork by Arnold Bocklin, was created in 1886. It is an oil painting that employs an energetic synthesis of clashing tones. The tides in the background are a brilliant white, while the central rock is a striking hue of brown.

Numerous thin, beautiful mermaids playing in the waves are just one of the many aspects included in the artwork. They have colorful tails and hair, some of which are red, brown, and blonde. A terrified baby mermaid tossing in the waves and a demonic entity beneath the rock is also depicted in the picture.

One of the most well-known Swiss painters, Arnold Bocklin, produced distinctly Romantic paintings and Symbolists. The artwork, which is currently housed at the Kunstmuseum Basel in Switzerland, is mythological.

A Mermaid Being Mobbed By Seagulls

If just one word could characterize this painting, it would be anarchy. A Mermaid Being Mobbed by Seagulls features a cute, brown-haired mermaid being destroyed by a group of enraged seagulls, as the title suggests. The gulls attempt to lift the mermaid into the air and take her away.

There are high, tumultuous waves in this scene. This artwork is a classic example of the symbolism art movement, which uses suggestive, frequently undetectable symbols to describe emotional experiences. For his writings on symbolism, Giovanni was well renowned.

Giovanni Segantini, an Italian painter who achieved fame in the latter decades of the 19th century, is best known for his imposing Alpine landscapes. He did, however, make a significant contribution to art by fusing the divine with the elements of the Earth.

This 1873 painting by Elisabeth Jerichau-Baumann was the last of four oil on canvas paintings by the Polish-Danish painter. It shows a mermaid lying over a rock in shallow water with a melancholic look, with a night sky looming over a moonlit sea in the background. Baumann had painted about four different mermaid paintings earlier, between 1861 and 1868. This 1873 painting was the last one.

In 1873, Jerichau-Baumann completed her final mermaid painting. It was displayed the same year in Vienna. Carl Jacobsen paid DKK 3,000 to purchase the artwork from Baumann in September 1877.

In his 1873 painting of a mermaid, Baumann shows a mermaid sitting against a rock in shallow water with seaweed in her hair. In the background, a moonlit sea is lit by the night sky.

According to Sine Krogh, an art historian Jerichau Baumann’s mermaids look less unselfish or sacrificial compared to the extremely young and innocent mermaid who gave her life for the prince on land whose love she was unable to win in Hans Christian Andersen’s tale. They instead give off a more self-conscious and seductive appearance as they rock close to the water’s surface, treacherously hiding the reef that may force ships to run aground.

Because they are enigmatic yet lovely topics, mermaid paintings are very desirable. With their intricate duality of beauty and nastiness, their mythological significance has remained constant over time and transcends all types and genres. Even if the originals might be challenging to locate, you can appreciate the beauty of these mythical creatures through fine copies created by gifted artists in your area or online.