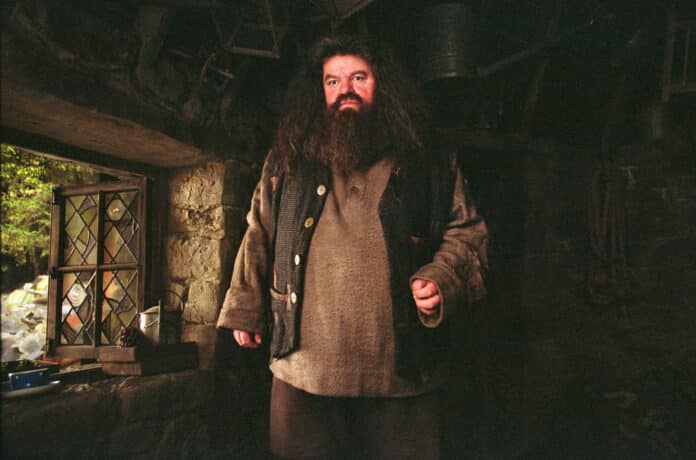 Beloved Scottish actor Robbie Coltrane, known for the James Bond and Harry Potter franchises, passed away this morning at the age of 72.

He died at a hospital in Scotland, although an immediate cause of death is not known. Coltrane’s agent confirmed the news today to BBC, Deadline and The Guardian.

Coltrane was most known for playing the gentle giant Rubeus Hagrid in the Harry Potter films. Throughout the series, Coltrane’s Hagrid was a fatherly figure and close friend to Daniel Radcliffe’s Harry Potter.

The news of Coltrane’s passing today hit me today as I was among many fans who grew up alongside his warm portrayal of Hagrid. Earlier this year, Coltrane had reunited with his castmates on a Harry Potter reunion special, which aired on HBO Max.

I also fondly remember the actor from the James Bond series as well, as Coltrane played KGB agent-turned-Russian mafia head and Bond ally Valentin Dimitrovich Zukovsky in Goldeneye and The World Is Not Enough.

A beloved character as well, he also had various performances in films such as Mona Lisa, Ocean’s Twelve and Kenneth Branagh’s adaptation of Henry V.

Coltrane was born in 1950 in Rutherglen, Scotland as Anthony Macmillan. When he pursued acting in his early 20s, he took the stage name Coltrane as a tribute to jazz saxophonist John Coltrane.

At first, he primarily focused on British theatre and comedy. He first appeared in a theatre production of John Byrne’s The Slab Boys at the Traverse Theatre in Edinburgh. He then appeared in The Comic Strip Presents, a comedy TV series in which also he co-starred with his eventual Harry Potter co-star Dawn French (who played the Fat Lady in Harry Potter). Coltrane also starred in comedy sketch show Alfresco.

He was also known for playing forensic psychologist Dr. Eddie “Fitz” Fitzgerald in the British crime drama series Cracker. This won him the British Television Award for Best Actor for three consecutive years.

During HBO Max’s Harry Potter reunion special, Coltrane moved people to tears while he was reminiscing about the film franchise. “The legacy of the movies is that my children’s generation will show them to their children,” he said while he was tearing up. “So you could be watching it in 50 year’s time, easily. I’ll not be here sadly, but Hagrid will, yes.”

Coltrane is survived by his two children.