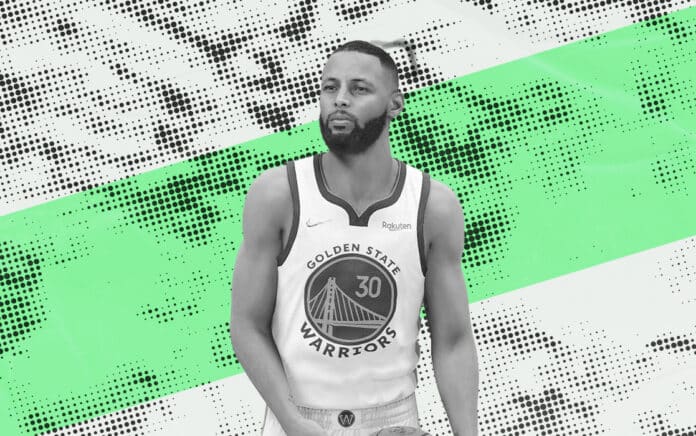 Shooting the three-point shot isn’t just a great thing to have within your team — but it is essential. Unfortunately, with so many great shooters, it’s hard to choose, and not everyone can get Stephen Curry on their team. To help with this, we’ve made a list of some of the best three-point shooters in the NBA 2K23.

Curry needs no introduction. The four-time NBA champion has been dominant with his 3PT shooting in the regular season and playoffs, even winning the three-point contest twice in 2015 and in 2021. With so many accolades, we don’t need to persuade anyone to get Curry — it’s pretty clear already. Within the game, Curry is maxed out on three-point shooting with an attribute rating of 99. That is truly astounding.

Derrick Walton is currently a free agent within a game, though he does play in Australia for Sydney Kings as a point guard. Originally undrafted in 2017, Walton has played for some serious teams in the NBA and Euroleague, including Miami Heat, BC Žalgiris, Alba Berlin, LA Clippers and Detroit Pistons. Walton is not a shabby player but never played big minutes in the NBA until his last season in 2021-22, where he averaged 36.0 minutes per game. In NBA 2K23, Walton has a three-point rating of 89.

A player that always seems to get the headlines is Kevin Durant. After years in the NBA, Durant has established himself as one of the top players in the league, even winning the league back-to-back in 2017 and 2018. Durant also holds four NBA scoring titles and is a 12-time NBA All-Star. Currently, with Brooklyn Nets, he looks to win the NBA title again. He now has a 3PT rating of 88 within the game.

The 30th pick in the 2020 draft, Desmond Bane, is becoming a beloved player among Memphis Grizzlies’ fans. Bane is a 6 foot 5 shooting guard with a solid outside range that has helped him land the NBA All-Rookie Second Team inclusion in 2021. In the 2021-22 season, Bane averaged .436 in 3P%. Bane’s three-point rating within the game is 88.

LA Clippers’ Luke Kennard joined the NBA in 2017 after being drafted 12th overall. Prior to joining the league, he played for the elite Duke college team and was McDonald’s All-American in 2015. Kennard led the league last season in 3P% with an impressive .449 in 70 games, averaging 27.4 minutes per game. Kennard has a rating of 88 in three-point shooting.

Thompson of the Golden State Warriors is another player that needs no intro. Like Curry, he is a four-time NBA champion and has won the three-point contest once back in 2016. Thompson is a five-time NBA all-star and last season averaged .385 in 3P% within 32 games (due to injury). Within NBA 2K23, he has a three-point rating of 88.

The Doncic fever is large among Mavericks fans and its clear why; the 23-year-old has already established himself as one of the best in the league since joining the Mavericks from Real Madrid in 2018. Doncic has won many awards in Europe and the NBA, including becoming a EuroLeague champion in 2018 and becoming a three-time All-Star in 2022. Doncic averaged .353 in 3P% last season. Game-wise he is rated 87 on 3PT shooting.

NBA 3PT contest champion Devin Booker is another sniper within the league that can hit the ball from anywhere. Like Doncic, Booker is a three-time All-Star. Last season, Booker averaged .431 in 3P% during the playoffs — his highest career average throughout playoffs and the regular season. Booker has a rating of 87 within the game.

Joe Harris is another three-point contest winner. Currently playing for the Nets alongside Durant, Harris averaged a mighty .466 in 3P% last season. He also led the league in 3P% in the 2020-21 and 2018-19 seasons. Within a game, Harris has a three-point rating of 87.