Quasi, the duo of Sam Coomes and Janet Weiss, have announced their first album in a decade. Breaking the Balls of History is set to arrive on February 10 via Sub Pop. The new single ‘Queen of Ears’ comes with a video directed by Patrick Stanton, and you can check it out below.

Quasi, whose last LP was 2013’s Mole City, announced their signing with Sub Pop back in March. Co-produced with John Goodmanson, the new album marks Weiss’ first new project since leaving Sleater-Kinney in 2019.

“When you’re younger and in a band, you make records because that’s what you do,” Coomes said in a statement. “But this time, the whole thing felt purposeful in a way that was unique to the circumstances.” Weiss added: “There’s no investing in the future anyore. The future is now. Do it now if you want to do it. Don’t put it off. All those things you only realize when it’s almost too late. It could be gone in a second.” 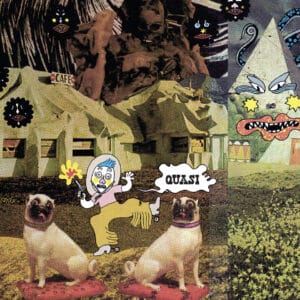 Breaking the Balls of History Tracklist: