Singer-songwriter Sunny War has announced her signing with New West Records, which will release her new album Anarchist Gospel on February 3. The album was produced by Andrija Tokic (Alabama Shakes, Hurray for the Riff Raff) and features appearances by Jim James of My Morning Jacket, Allison Russell, David Rawlings, Jack Lawrence of the Raconteurs, Micah Nelson, The Deslondes’ John James Tourville, Kyshona Armstrong, Dennis Crouch, The School Zone Children’s Choir, and more. Check out the lead single ‘No Reason’ below.

“This album represents such a crazy period in my life, between the breakup and the move to Nashville and my dad dying,” War explained in a statement. “But now I feel like the worst parts are over. What I learned, I think, is that the best thing to do is just to feel everything and deal with it. Just feel everything.” 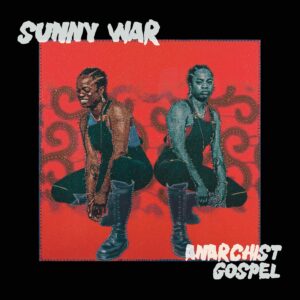