Secrets and riddles of ancient symbols 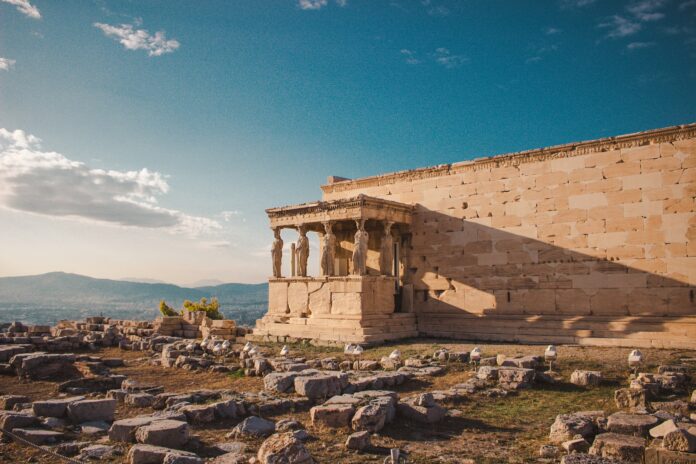 At the present moment of the development of civilization, we are surrounded by a huge number of elements, inventions, various products and materials discovered earlier by our remote ancestors. We use most of them daily, some less often. However, many of us do not even comprehend how much magic can actually be invested in them. Various symbols can serve as an essential and illustrative example of this fact. So, the number of magical tokens is sometimes amazing, because, for example, each Celtic symbol carries its own mystery and striking meaning.

Nowadays, you can find several hundred different signs that somehow relate to different nationalities and centuries. Some of them are found in amulets and averters to this day and carry positive energy, while others carry such meaning that it is better to avoid. They can be used in satanic rituals or rites of black magic and wizardry.

For a long time, people have invested a certain sacred meaning in the first images, figures and signs that appeared at the dawn of human civilization as a whole. Thousands of years ago, the very first ancient symbols were created, which were worthily considered the significant elements of culture.

Of course, some of these symbols have changed significantly, nevertheless, their meanings are known to many. However, some pictures and signs have been preserved in their original form, the only drawback in this case is that their exact origin is still unknown and undisclosed. There are even opinions that the symbols were not invented by man himself, but created directly by nature itself, and the embodiment and acquisition of a graphic sign was given to them by the human hand.

In fact, a symbol is a conditional sign or action that shows a certain phenomenon, concept or idea. The main function and purpose of the these all is to reflect the main aspects of physical and social reality. For example, in ancient times, stones were marked with various figures and signs, because they were considered the abodes of spirits and deities. In other words, these figures and notes were intended for the gods.

There is undoubtedly another side to this phenomenon. The man intended to preserve and pass on his experience to the next generations. As an easy and accessible tool of cognition, it was possible to use symbols. The ability to detect and recreate a symbol is a rather unique feature of human thinking, therefore, in this way, depicting symbols, a person revealed important and necessary moments of reality that could not be revealed by other methods.

It can be noted that the figures seemed to appear as a result of human mental activity, and the psyche is an immediate and integral part of human nature.

Symbols are always ambiguous, no matter how much magic they contain. The fact is that our nature and the world are dual and ambiguous, therefore, a symbol can also denote a real-life object, phenomenon or abstract concept. In many cases, a real object can be endowed with a special sacred meaning and thereby become an object of worship endowed with immense magical power. It is often attributed to a unique magical meaning, as a result of which the sign becomes something mystical, mysterious and inexplicable. Giving examples, even Greek letters have their own unique sense and concept.

By the way, the ancient Greeks had several myths about the origin of their alphabet. The letters embedded in the alphabet were not created by one person. They were introduced by different people, guided by their goals and opinions and making their own special meaning. So, there are legends that the first seven letters of the Greek alphabet were sent by Rock himself. Pythagoras believed the one who gave names to everything should be revered not only as the smartest, but also as the oldest of the sages.

Obviously, ancient history is carefully covered with various of shells, and it is unlikely that today’s humanity will ever have the opportunity to reveal these secrets and mysteries. In some sources, the invention of letters is associated with the process of observing flying cranes. The ancient Greeks were struck by the idea and carried away by the idea that such forms could be adapted to convey sounds in writing. The most truthful assumption about the creation of the ancient Greek alphabet is the fact the basis and model for Greek letters was the Phoenician alphabet created a little earlier. After all, many of the outlines of the elements of the alphabet are initially close and similar in shape to the very first alphabet. Undoubtedly, the standard form of writing system was not adopted immediately, but only with time and experience. The form that has been preserved to this day was even then more convenient for everyone and viable. For example, bulky, difficult-to-spell letters were discarded.

By that time, literacy among the male part of the population was mandatory. Writing and literacy were in demand in many spheres. For example, these were trade items, legal documents, religious services and, undoubtedly, literary works. By the way, these are the types of activities that we still associate with literacy and a sufficient level of education.

Unlike the Latin alphabet, Greek letters also represent numbers. This feature provides humanity with significant opportunities to use the Greek alphabet for magical purposes. It should be added the Greek alphabet is a magical system with a number of esoteric correspondences that give it a powerful potential for divination, fortune-telling, occult and prophecy. With this function, the Greek alphabet is similar to the use of runes. Like runes, each Greek letter has its own special name, semantic meaning and numerical expression, and all this can be used for predictions.

In the Greek tradition, both pagan and Christian rites, these numbers hide aspects of the holy scriptures. Thus, symbols are useful not only in transmitting experience to generations, in scientific application, but also play an essential role in rituals, carry divine actions and something mysterious and mythical.