piglet, the project of Irish songwriter and producer Charlie Loane, has announced a new EP, seven songs, which arrives on November 25 via Blue Flowers. Today, piglet has shared its lead single, ‘to you tonight‘, alongside a music video from filmmaker Harv Frost. Check it out below.

Speaking about ‘to you tonight’, Loane said in a statement: “My intention was to write a song that reflected and celebrated the love and joy that have been added to my life by my partner and our relationship while doing my best to avoid what i see as the pitfalls that love songs can often fall into.”

“often love is expressed in songs via feelings of ownership,” he continued. “a persistence towards foreverness, gender stereotypes and unrealistic expectations of unhealthy dedication – which i think we could do without haha ! I’m not saying i succeeded – that’s up to what you think when you hear it i reckon – but that was the idea.”

‘to you tonight’ follows a string of solo singles from piglet, including ‘mill’, ‘dans note’, and ‘oan’, as well two collaborative tracks with Porridge Radio. 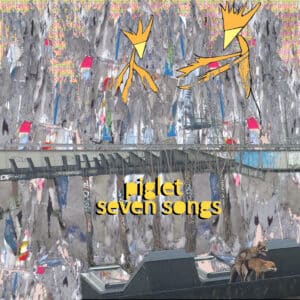