Former Beta Band frontman Steve Mason has shared the details of his fifth solo album, Brothers & Sisters, along with the lead single ‘No More’, which features Javed Bashir. The LP is out March 3, 2023 via Double Six. Check out the new song and find the album artwork and tracklist below.

Co-produced with Tev’n, Brothers & Sisters features contributions from Javed Bashir, Jayando Cole, Keshia Smith, Connie McCall, Adrian Blake, and Kaviraj Singh. “To me, this record is a massive ‘Fuck you’ to Brexit,” Mason explained in a press release. “And a giant ‘Fuck you’ to anyone that is terrified of immigration because there is nothing that immigration has brought to this country that isn’t to be applauded. Can you imagine what this place would be like without that [immigration]? I mean what would it be like? Cornish pasties and morris dancing?”

“This track is about Imperialism and in a subtle way, relative to some of my other work, references Australia, Partition and Africa through a combination of lyrics and music,” he added of ‘No More’. “I like to imagine the spirits of these cultures and people haunting the families who profited and were involved in their destruction down through the generations.” 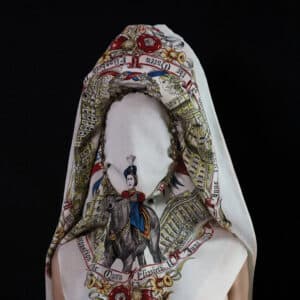