Shame have announced the follow-up to 2021’s Drunk Tank Pink. The new LP is called Food for Worms, and it’s set to arrive on February 24 via Dead Oceans. Today’s announcement comes with the release of the lead single ‘Fingers of Steel’, alongside a music video directed by James Humby. Check it out along with the album cover, tracklist, and the band’s upcoming tour dates below.

“Self-obsession, social media flagellation and death can all be seen in this Oscar-nominated performance,” Shame frontman Charlie Steen said of the visual in a statement. “No one’s ever done a video like this before and when you watch it, you’ll see why. Think Casablanca, but in color, and better.”

Shame recruited producer Flood, who has worked with the likes of Nick Cave, U2, and PJ Harvey, to record the new album, which Steen referred to as “the Lamborghini of shame records.”

“I don’t think you can be in your own head forever,” he added. “It’s weird, isn’t it? Popular music is about love, heartbreak, or yourself. There isn’t much about your mates.” 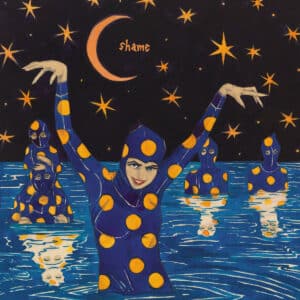