What is the best casino jackpot slot game? 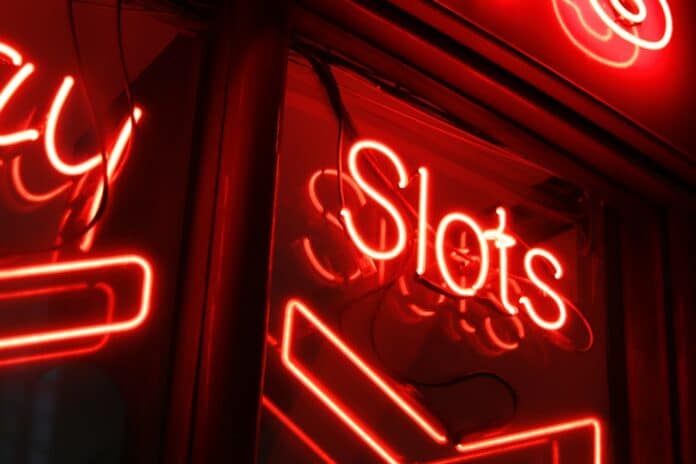 Throughout history, slot machines have changed dramatically. If we go back to the beginnings of slot machines, which at the time were machines where you can get flavored gum, the ultimate prize would be to get your favorite flavor.

Nowadays, slot machines are much different from back then. First of all, instead of gums, you can get real-money jackpots that go as high as 7-figure prizes.

There are different slots on the market, but it seems like the jackpot feature in slots is present in most of them. Even though the jackpot feature might vary from slot to slot, the idea of getting a huge amount of money sounds appealing to most players.

That’s why we will highlight some of the best mbitcasino jackpot games at the moment, which will give you a chance to win a lot of money.

When we talk about progressive jackpots, the Mega Moolah slot from Microgaming is definitely one of the most popular slots on the market. Due to its popularity and years in the business, the Mega Moolah jackpot has paid out more winnings than any other slot in the industry.

The best thing is that the Mega Moolah slot is actually really simple to play. It features a 5 x 3 grid and 25 pay lines.

On top of that, it has 4 jackpot features you can play, such as the: Mini, Minor, Major, and Mega jackpot.

Getting a jackpot round on the Mega Moolah slot is totally randomized and there isn’t a way for you to predict when will the ultimate jackpot drop.

It keeps players on the edge of their seats at all times considering that this slot holds the record of dropping the biggest online slot win, which was close to $20 million in October 2018.

Ever since its release, the jackpot feature of Mega Moolah has paid over $1 billion in winnings, making it one of the best jackpot slot games to play in the industry.

The runner-up for the best jackpot slot to play comes from another popular game developer, NetEnt, and there are a couple of reasons why Mega Fortune is the favorite slot for most players.

Mega Fortune was the most popular slot for quite some time, and even though NetEnt released its sequel, this slot still gets a lot of attention from gamblers. The glamorous Hollywood-style slot features a 5 x3 grid and 25 pay lines, the same as the Mega Moolah Slot.

The only thing that is different is that it features fewer jackpot rounds, and they are much more predictable. The Jackpot feature on Mega Fortune is triggered whenever you land on 3 bonus symbols on the first three reels.

The best thing is that the jackpot feature of Mega Fortune unlocks fairly quickly. The largest Mega Fortune jackpot win recorded was close to $18 million on a $0.25 bet.

Since we are covering progressive jackpot slots, the list wouldn’t be complete without Greedy Goblins. This is a fun-to-play slot packed with interesting bonus features that can boost your income significantly.

When it comes to the bonus features, Greedy Goblin is definitely one of the best slots in terms of entertainment. If you land on the two Book of Secrets symbols, you’ll trigger a bonus round where greedy goblins will spawn and you have to control them as they raid different locations on the map.

Since we are talking about a progressive jackpot, the payout for this feature currently sits at $60,000 but it can climb much higher.

The best thing about Greedy Goblins is the return to player (RTP). Even though most slots have lower RTP due to the funding of the jackpot, Greedy Goblins has an average RTP of 97.2% which is pretty high compared to Mega Moolah for example which is 88%.

The sequel from NetEnt we mentioned before became an instant hit ever since its release. It features a similar slot to the predecessor with a 5 x 3 grid and 20 pay lines.

However, unlike the previous slot game, this one offered increased volatility, improved bonus features, and of course visual upgrades.

If you land on 3 bonus symbols on reel numbers 3, 4, and 5, you’ll get a jackpot bonus game and a massive payout. The highest recorded win at Mega Fortune Dreams was in 2017 when an anonymous player won a $4.6 million jackpot.