Nakhane has announced the Leading Lines EP, which will arrive on December 16 via BMG. Along with the announcement, the South African artist has shared a new single, ‘My Ma Was Good’, which you can check out below.

“In the art world, leading lines are used in compositions to point to the subject,” Nakhane explained in a press release. “To the main concern of the piece. This EP is doing exactly that. It’s a baton. The thing that connects what came before and what’s to come next.

‘My Ma Was Good’ is the third in a trilogy of songs that were inspired by Nakhane’s relationship with their mother, following ‘Fog’ and ‘The Plague’. “Although she is no demure wallflower, she was still fucked over by a problematic masculinity,” they said. “Here I was asking myself the question: ‘If my ma was good and she still got a raw deal, then why should I be good? Why should I behave?’ This was at a point in my life when I was toying with the villain in me.”

Leading Lines will include the previously released songs ‘Tell Me Your Politik’ (featuring Moonchild Sanelly and Nile Rodgers) and ‘Do You Well’ (with Perfume Genius). 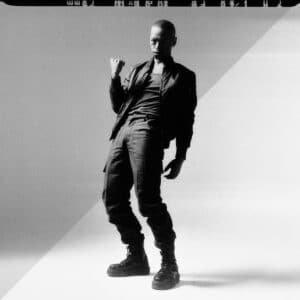 1. Tell Me Your Politik [feat. Moonchild Sanelly and Nile Rodgers]
2. Do You Well [feat. Perfume Genius]
3. My Ma Was Good
3. You’ve Got Me Living