Soundwalk Collective with Patti Smith have shared a reworking of ‘Peradam’ by Brian Eno. It’s set to appear on The Perfect Vision: Reworkings, a remix album that will be released on November 25 (via Bella Union) as part of a deluxe reissue featuring their triptych of albums: The Peyote Dance, Mummer Love, and Peradam. Jim Jarmusch, Laraaji, Kaitlyn Aurelia Smith, and more also contributed to the release. Listen to Brian Eno’s remix of ‘Peradam’ below.

The group’s albums took inspiration from the writings of three French poets: Antonin Artaud, Arthur Rimbaud, and René Daumal. Each album retraces the poets’ footsteps through on-location soundscapes: The Peyote Dance was recorded in the Sierra Tarahumara of Mexico, while Mummer Love was tracked at the Abyssinian valley of Ethiopia, and Peradam at the Himalayan Summit of India. 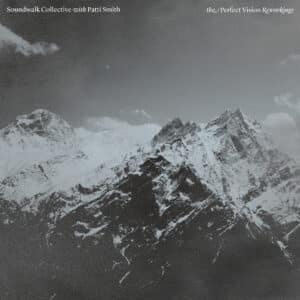