Anna B Savage has announced a new LP titled in|FLUX, which is set to come out on February 17 via City Slang. Today, the London-based artist has a Rosie Barrett-directed video for its title track. Check it out below, along with the album cover and tracklist.

“‘in|FLUX’ exemplifies the ‘flux’ as I see it between two seemingly disparate parts of me; my music, my mind and my creativity,” Savage explained in a press release. “The first half is a close, vulnerable and quiet start, full of introspection, vulnerabilities and a stilted inability to express something. From there, the song unfurls in to a second half that is more certain, more vocal and expressive of self-assuredness. These feel like two states (along with everything in between, as well) that I inhabit simultaneously as dynamic and multifaceted emotional human.”

in|FLUX will follow Savage’s 2020 debut A Common Turn. “I feel like this album is an exploration of recovery and the journey of therapy,” she added. “It’s a difficult thing [to engage in] but can also be the best thing ever, and lead you to feeling completely content.” 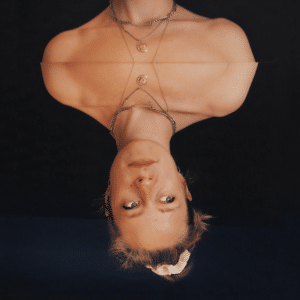