“Look for yourself in the Primavera Sound 2023 line-up… and find yourself,” a press statement from the festival reads. “Because we assure you that you are there. After twenty editions, the festival is the mirror in which the community that will come from near and far to Barcelona and for the first time to Madrid next June looks at itself and recognises itself, but after everything it has experienced, this reflection goes in two directions, marking the richest musical itinerary we can think of: Primavera Sound also looks for and finds itself in its own audience. The learning is therefore twofold, just like the venues where a line-up will be deployed in which everything matters, full of surprises and at the same time familiar.”

Primavera Sound 2023 will take place at The Parc del Fòrum in Barcelona from June 1-3 and the Ciudad del Rock in Arganda del Rey in Madrid from June 8-10. Tickets will go on sale on 12pm CET this Thursday, December 1 via DICE. Find more info here.

Check out our coverage of Primavera Sound 2022. 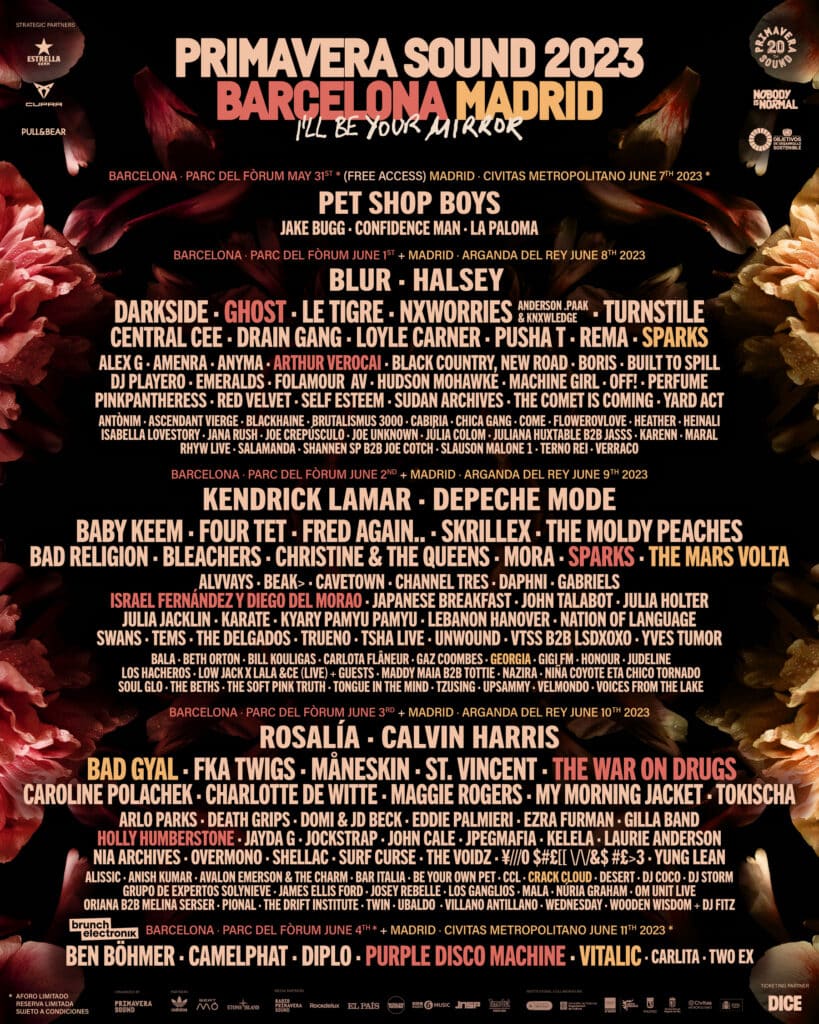