Lukas Frank, who records under the moniker Storefront Church, has teamed up with his childhood friend Phoebe Bridgers for a rendition of ‘Words’, a song from Low’s 1994 debut I Could Live in Hope. Frank and Waylon Rector co-produced the track, which also features Spoon’s Alex Fischel on piano, Daniel Rhine on bass, and Cynthia Tolson on strings. Take a listen below.

Frank said in a statement about the cover:

Our cover of Low’s song, ‘Words’, is out today. In the wake of Mimi’s passing, I’d like to dedicate this to her. Low’s music has been incredibly useful to me; it’s like an antidote to anxiety, with Mimi’s voice at the heart of it—relieving, cathartic and honest. This cover features Phoebe, who I’ve known since we were little kids. I couldn’t be more grateful for her contribution and support, both now and over the years. My co-producer Waylon is also someone I’ve known for longer than I haven’t, but this is our first time officially producing something together and I’m proud of the result.

Adding to the nostalgia of it all, the cover art is by graphic design master @jamsayne and features a photo my mom took of my sister 30 years ago. A heartfelt thank you to everyone who has contributed to this song, to Low, and to all who listen. 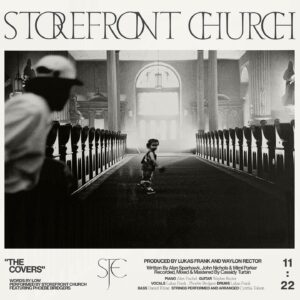