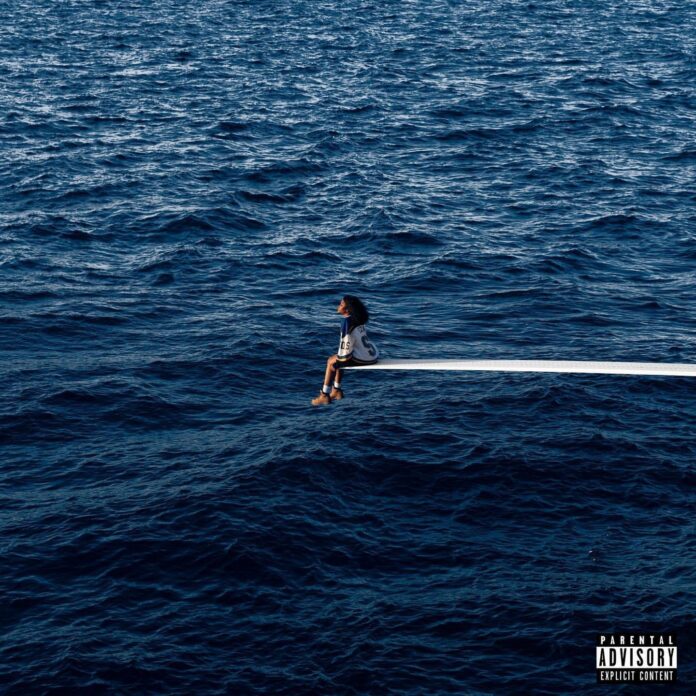 “It’s so embarrassing/ All of the things I need living inside of me,” SZA sings on ‘Blind’, a standout from her much-anticipated sophomore album. It’s that swirl of feelings that makes SOS come alive, rendering it a wonderfully sprawling and eclectic project. Against sparse yet delicately enchanting instrumentation, ‘Blind’ expresses the overwhelming emotions she tries to contain, define, and free herself of over the course of the LP: “I hurt too much, I lost too much, I lust too much.” Naturally, SOS can also feel like too much, but almost every moment is worth savoring; it spans 23 tracks, but unlike many similarly bloated mainstream records, it doesn’t coast on a single style or quickly lose steam. Instead, it serves as a bold statement of intent fuelled by SZA’s inimitable mix of confidence and vulnerability while foregrounding her increasingly versatile, expansive songwriting.

It helps that the album has been a long time coming, of course, but even if SZA hadn’t kept busy teasing the follow-up to her excellent 2017 debut CTRL, its enduring resonance would be enough to keep fans engaged. You may wish some tracks were left on the cutting room floor, but the lack of clarity and cohesion matches the record’s messy, complicated emotional world, which she has a uniquely captivating way of unpacking. The album’s cover art, which finds the artist perched on a diving board in the middle of the ocean, was inspired by a shot of Princess Diana taken just days before her death, but it also alludes to the mood that pervades SOS; the isolation of drowning in memories you can’t escape, a desire to wash it all away. Every song offers a glimpse into that journey, and for just over 67 minutes, SZA allows us to be a part of it.

Many things that could have distracted from SZA’s presence – commanding as it is – end up reinforcing it. There’s high-profile collaborations with Travis Scott, Don Toliver, and Phoebe Bridgers; samples of Björk and the late Ol’ Dirty Bastard; movie references from Star Wars and Kill Bill to Scarface and Gone Girl. But she avoids making them too obvious: ‘Gone Girl’ clearly nods to David Fincher’s thriller of the same name, but only as a way of highlighting her own dissociative tendencies (“Inward I go when there’s no one around me”). ‘Kill Bill’ is as fierce as you might expect, but her cadence on the chorus (“I might kill my ex, not the best idea/ His new girlfriend’s next, how’d I get here?”) evokes melancholy rather than fury, and she manages to inject a bit of dark humour, too (“I’m so mature, I got me a therapist to tell me there’s other men”). Her fear of loneliness sometimes elicits violent thoughts, but more often her yearning flows out with tender intimacy; when she pitch-shifts her voice at the end of ‘Love Language’, it sounds both like a haunting reminder of the past and the voice of the significant other she’s trying to reach.

SZA is a master at break-up ballads, and the ones on SOS already feel like classics. ‘Blind’ and ‘Gone Girl’ are among them, but there’s also ‘Nobody Gets Me’, one that recalls Mazzy Star’s ‘Fade Into You’ (much like ‘Special’ has a hint of Radiohead’s ‘Creep’) and which SZA totally owns. The most surprising experiment is ‘F2F’, a refreshingly competent fusion of country and pop-punk, genres that make so many of her contemporaries stumble. And while SZA’s brutally honest introspection – self-centeredness, even – is at the heart of the record, her interplay with other voices, particularly Phoebe Bridgers’ on ‘Ghost in the Machine’, opens up the dynamics in fascinating ways. SZA has said that there may have been more guest verses had they been delivered on time, and a bigger emphasis on collaboration would have suited the album’s wide-ranging palette and ambition. But listen to ‘Snooze’, and knowing it’s her own pitch-shifted vocals rather than someone else’s delivering the line “How you threatening to leave and I’m the main one crying?” only makes the effect more disarming.

Regardless, SZA’s rich lyricism, vocal prowess, and lush orchestration are more than enough to carry SOS along. The singer remains effortlessly charming yet impossible to pin down, and hearing early singles like ‘Shirt’ and ‘I Hate U’ in this context only reaffirms that. ‘Good Days’ felt like a special gift when it arrived on Christmas Day 2020, and the fact that it still manages to stir your soul an hour into the album is a testament to its greatness. How can that nostalgia and regret, different shades of which permeate the whole album, feel so comforting and genuine, even at the tail end of 2022? You might find yourself asking that question listening to SOS, but then it just compels you to sink in deeper.

Album Review: SZA, 'SOS'“It’s so embarrassing/ All of the things I need living inside of me,” SZA sings on 'Blind', a standout from her much-anticipated sophomore album. It's that swirl of feelings that makes SOS come alive, rendering it a wonderfully sprawling and eclectic project. Against sparse...