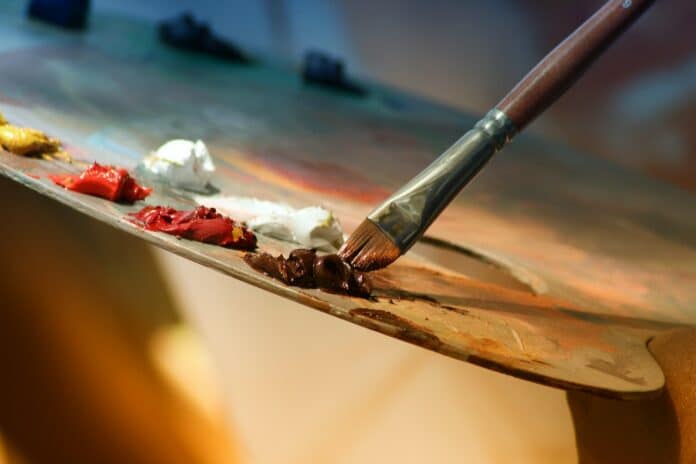 Korean art has a long and rich history, dating back to prehistoric times. The earliest known Korean art rock paintings, which were created during the Neolithic period (c. 8000-3500 BCE). During the Goguryeo Kingdom (37 BCE-668 CE), Korean art flourished, with notable achievements in painting. The Goguryeo Kingdom was also known for its tombs, which were decorated with murals depicting the lives and culture of the period. During the Unified Silla Kingdom (668-935 CE), Korean art continued to develop and flourish. The Silla Kingdom is known for its impressive paintings.

During the Goryeo Dynasty (918-1392), Korean art reached new heights of refinement and sophistication. The Goryeo Dynasty is known for its production of paintings. The Kaesong Nameless Tomb Murals, which depict everyday life and religious rituals from the Goryeo Dynasty, are considered to be some of the finest examples of Korean art from this period. Throughout its history, Korean art has been influenced by a variety of cultural and artistic traditions, including those of China, Japan, and the West. Today, Korean art continues to thrive and evolve, with contemporary artists creating works in a wide range of styles and media. The Kaesong collection refers to a group of Korean artworks and artifacts that were discovered in the city of Kaesong, located in present-day North Korea.

Some of the notable items in the Kaesong collection include a series of murals depicting everyday life and religious rituals from the Goryeo Dynasty. The Kaesong collection is considered to be an important resource for understanding the art and culture of medieval Korea. It has been the subject of numerous exhibitions and studies, and many of the items in the collection are now housed in museums and cultural institutions around the world.

Why has the Kaesong collection become so popular?

The Kaesong collection has garnered increased attention and interest in recent years, due in part to the increasing availability of information about Korean art and culture, as well as the growing interest in the art and culture of East Asia in general. In the past, much of the Kaesong collection was housed in museums and cultural institutions in North Korea, making it difficult for people outside the country to access and study the collection. However, in recent years, more of the collection has become available to the public, through exhibitions, online resources, and other means.

As a result, the Kaesong collection has become increasingly well-known and appreciated by art historians, collectors, and the general public. Many people are drawn to the collection for its historical and cultural significance, as well as for the beauty and craftsmanship of the artworks and artifacts it contains. The increased popularity of the Kaesong collection has also led to a greater appreciation for Korean art and culture more broadly, and has helped to raise awareness of the rich and diverse artistic heritage of Korea.