Country Westerns have announced a new LP called Forgive the City. The Nashville band’s sophomore album, which finds them reuniting with producer Matt Sweeney, arrives on April 28 via Fat Possum Records. Accompanying the announcement is the new single ‘It’s a Livin’, which follows the previously shared ‘Money on the Table’ and comes with a video directed by Miranda Zipse. Check it out below and scroll down for the album’s cover art and tracklist.

“’It’s a Livin’ is the last song I wrote for our new album. It’s meant to be a tribute to musicians and travelers who are waiting for the road to open. And also a promotion of forgiveness in general,” vocalist and guitarist Joseph Plunket explained in a press statement. “It’s about the last go around and wondering what’s left out there. An encouragement to those who have to push through and keep moving and also an acknowledgement of a time to lay it down. It has pretty obvious vibes of a pandemic spent in Nashville and the actual lyrics are less pretentious than this description. I wrote it on my Danelectro 10-string which gives it a cool aggressive jangle.”

Of the album, Plunket added: “Overall, it’s about partnerships. Though never planned as a concept, writing the last few songs (sometimes in the studio) I started to realize that none dealt with romantic relationships in any direct way. They’re intense songs about friendships, fellow travelers, even business associations—how exciting they can be when things begin and how disappointments, betrayals or shared success can leave just as much a mark on your life as romantic love. In the end that’s all a band is right?” 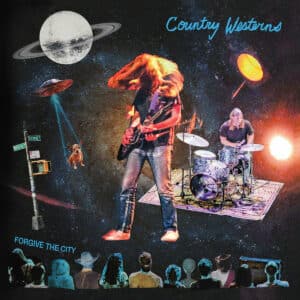