U.S. Girls have announced their next album: Bless This Mess is due out February 24 via 4AD. Meg Remy’s eighth album under the moniker will include the previously released singles ‘So Typically Now’ and ‘Bless This Mess’, as well as a new song, ‘Futures Bet, which is accompanied by an Alex Kingsmill-directed video. Carlyn Bezic, who sings on the track, co-stars in the visual alongside Remy and will also open for U.S. Girls’ 2023 tour with her project Jane Inc. Check out ‘Futures Bet’ and find the album artwork, tracklist, as well as those tour dates below.

The follow-up to 2020’s Heavy Light was created “in tandem with the conception and birth of Remy’s twin boys,” according to a press release, and the closing track ‘Pump’ even samples her breast pump. Collaborators on the 10-track LP include Alex Frankel of Holy Ghost!, Marker Starling, Cobra Starship’s Ryland Blackinton, Basia Bulat, and Roger Manning Jr., as well as audio engineers Neal H Pogue, Ken Sluiter, Steve Chahley, and Remy’s husband and longtime collaborator Maximilian Turnbull. 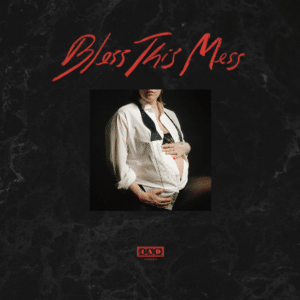