Lia Kohl, the Chicago cellist and composer who has recently worked with the likes of Makaya McCraven, Whitney, Circuit des Yeux, Claire Rousay, and more, has announced her second LP. The Ceiling Reposes is set to arrive on March 10 via American Dreams Records. Accompanying the announcement is the new single ‘sit on the floor and wait for storms’, a track that “contains fragments of a weather report which, transcribed, make the bones of a lovely and strange little poem,” according to Kohl. Take a listen and check out The Ceiling Reposes‘ details below.

The recordings on The Ceiling Reposes are built from live radio samples recorded primarily on Vashon Island in Washington State. Approaching these samples as “found lyrics,” Kohl invited a group of poets and lyricists – including Kurt Chiang, Alyssa Martinez, Elizabeth Metzger, Corey Smith, Macie Stewart, Marvin Tate, and Karima Walker – to flesh them out. The resulting poems will be released online and as a zine along with the album. 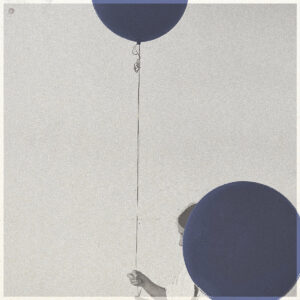 1. in a specific room
2. sit on the floor and wait for storms
3. when glass is there, and water,
4. or things maybe dropping
5. the moment a zipper
6. became daily today
7. like time (pretending it had a human body)