Concord Jazz has announced a new album inspired by Miles Davis’ Bitches Brew. The record, titled London Brew, features contributions from Nubya Garcia, Shabaka Hutchings, Dave Okumu, Tom Skinner, Benji B, Theon Cross, and more, and was recorded in December 2020 at Paul Epworth’s Church Studios in London. It will be available on 2xLP, 2xCD, and digitally on March 31. Check out a trailer and listen to its first single, ‘Miles Chases New Voodoo in the Church’, below.

Garcia said of the new single in a press release: “This single is our interpretation of Miles Davis’ ode to Jimi Hendrix (‘Miles Runs the Voodoo Down’). I’ve always been very inspired by the creative minds of both Miles and Jimi…. Both were innovators who carved their own lanes, which is something I’ve aspired to in my own career. For a while now I’ve been experimenting and using pedals and effects with my instrument, so to be able to do that on this track, while paying tribute to their legacies, was a joy both creatively and personally.”

The musicians on London Brew were brought together by guitarist Martin Terefe and executive producer Bruce Lampcov for a live performance celebrating the 50th anniversary of Bitches Brew that was ultimately canceled due to the pandemic. “For me, that’s what Bitches Brew is,” Hutchings said in a statement. “It’s a bunch of musicians making music because of the love of making music, as a social force and as a social construct. They are creating something that expresses unity and motion. That’s what it is to be alive… you know, you have unity, you have motion, and you have vibration. You don’t get any more alive than that. That’s Bitches Brew.” 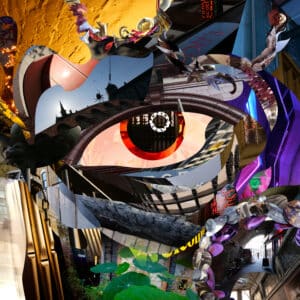