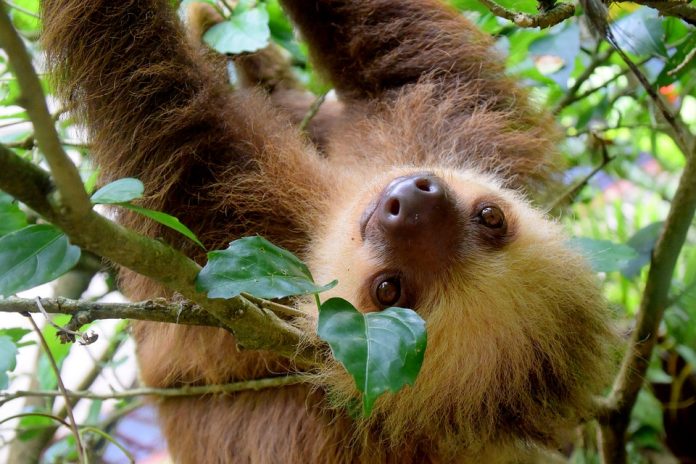 Beach Sloth takes us into his world of writing and creative life.

Mostly known for his internet presence Beach Sloth is one of the most exciting poets and writers around today. Describing himself as “your best friend on the internet” Beach Sloth’s talents range from playful and refreshing poetry to reviews that carry a poetic form in themselves. Having followed his work for a while we have had the privilege to interview him on Our Culture Mag. This is our interview with Beach Sloth.

Hi, I’m doing well. It is a fine rainy day today so that means a lot of writing. My cat is purring as I’m writing this and he’s sitting on my left wrist, making it hard to write but not impossible. I can’t remove him because he’s being too cute.

So how did you get into writing literature?

Throughout my whole life, I’d always read a lot but never bumped into any writers that wrote things that felt close to my experience. When I first discovered writers who felt like they were writing for me, I felt inspired. A lot of these writers didn’t write large sweeping dramas. Instead, they recounted small pieces of their life, or in many instances doing the totally absurd. Before bumping into this group of online writers I hadn’t heard of flarf, I hadn’t heard of or read a lot of the more recent poetics and narratives that had started to receive a greater amount of attention. Even though it has been a few years since I first discovered these writers I still get excited, especially since many more of them have put out entire collections, books, even publishing houses devoted to this kind of work.

If there is someone I would mention who really ‘opened my eyes’ it would be Steve Roggenbuck, who I think at the time randomly added huge groups of people to Twitter. When I began interacting with his work, I found it totally different than anything else I’d read before, it felt uncluttered and clever. Another person I’d mention is Alexandra Naughton, who does such great work in building community in the Bay Area. Whenever she reads anywhere, she manages to connect with the reading community in that area and put together a fantastic reading series that represents a wide variety of styles while still adhering to a modern aesthetic. She was also one of the earliest people I communicated with on a regular basis.

I try to be very playful for Twitter. Over the course of a regular day, there is a lot I can’t say to my coworkers. A lot of it is related to my interest in all these random things, from music to architecture to politics. Some of it feels work appropriate. None of it is offensive. Most of it is weird. So, Twitter to a large degree feels entirely like a place where I can run free. Thus, a lot of the material I put on Twitter tends to be of a particularly joyful variety. Every day I am so happy about things, about the way the sun looks in the sky or being thankful about having a job, I just feel incredibly lucky to able to see and experience so much in a single day. With Twitter, that is my way of trying to point it out, the silly that exists in the world that can go unnoticed sometimes.

Twitter also has the net benefit of giving more anonymous voices greater power. Since Beach Sloth thrives to a large degree on anonymity, it feels perfect for everything I want to do online. Pretty much Twitter is the place for me to do anything I want to do online, with all else stemming from that single place. It is by a large margin the most popular interesting thing I do with Beach Sloth.

How do you feel the current political climate has shaped the way you engage with your readers/followers?

A lot of people feel worried (understandably) about the current political climate. I don’t blame them. What I have seen is people banding together, standing together in opposition to the current deluge of bad news that seems to be happening across the world. So essentially what I feel is closer to a lot of my readers/followers. I have received far more personal message than I have in the past by a lot. Now I am closer to people, I feel we are all having the same experience and we are offering each other support to help get through everything that is happening.

Do you have any hobbies outside literature that you take up?

I have loved music (obsessively) since I was about 16. I usually devote a single day (usually Saturday) to catching up on whatever happened musically over the course of the previous week. There is always so much music coming out and I am always so happy at how much of it is thoughtful, fully realized, and celebratory.

If you could take out one thing out of this world what would it be?

Suffering. There has been enough of that in the world. I think we are pretty done with the concept as a collective whole living entity.

If one song could describe your work. What song would it be?

Angela Sawyer’s “Is It Really Me” from her album “On The Pedestrian Side”. There is something dreamy and awkward about it that seems to perfectly embody my usual working day. It is also the most played song in my iTunes by a startlingly high number.

If you could give any advice to any upcoming poets, writers, bloggers what would it be?

All I can say is be patient. I have been writing consistently for seven years. During that period, I have seen my work become more popular, less popular, and usually rest somewhere in the middle. It can take a while to grow a group of people interested in whatever you are doing. This should not be a negative reflection of what you are doing it is a basic truth. Eventually, your work will find an audience, a group of people deeply interested in what you are creating. Size of that audience can vary, but having people interested no matter what the size is such a rewarding experience knowing that your work does not exist in a vacuum feels rewarding.

A culture requires a group of people banding together for a common purpose. Within that culture there can be variations but adherence to a common core (writers having a similar aesthetic like humor, musicians with a common core like dance) can bring them together. This group does not need much of a size, and, thanks to the internet, does not even need geographic proximity. All it needs is to communicate with each other and support each other.