Interview: Jesus On The Mainline 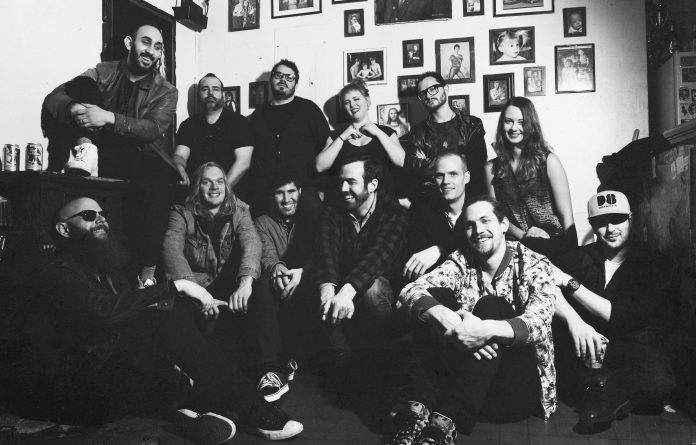 Exciting and genuine would be just a couple of words used to describe the inspiring Jesus On The Mainline band.

With their latest album ‘The Morning Bell’ released with Ropeadope Records which includes 10 fantastic songs that will not let your ears leave your headphones for days, Andrew and Tim from the band joined us for an interview to talk about their music and culture.

So, how did you guys form?

TE: Andrew founded the band several years ago. He had been working on a project with Chris Vos from The Record Company. He founded Jesus On The Mainline when Chris moved to L.A. I joined the band maybe a year in and started writing with Andrew for the band shortly after.

How did your song “Glass Bones” come about?

TE: As I recall the finger-picked acoustic guitar part was the first concept we had for “Glass Bones.” We had that part for several months and knew it was a keeper, but it took a little while to come into focus. We had a fairly good idea of the sonic pallet for “Glass Bones,” so it was really just a matter of constructing the other sections.

AN: After sitting on the finger-picked guitar part Tim mentioned, we experimented with moving the forms a bar here and a bar there–taking traditional progressions and moving them an odd bar earlier and later to find a different direction. We also tried to shoehorn a lot of stuff into the composition and after trying many different lyrics, chords, and melodies, we found the simpler elements had legs on their own.

What are the challenges of making a song like “Glass Bones”?

AN: Finding a balance was crucial. There are so many inter-locking parts in “Glass Bones”–executing the mix was no small feat. And even before that, writing melodic lines for all players while making sure they complimented each other was tough. I think we accomplished our goals though.

TE: Personally I learned that tempo is critical on that song. If I drag the guitar part the whole band is likely to follow me and it’s just too slow. If it’s too fast I can’t play the guitar part. For the band, I think the main challenge is managing dynamics so that all the sounds are in the right place. And catching the mixed meters.

AN: Our goal lately has been to never cease creating. We want to continue to refine our process, our songwriting, our recordings, our albums, our shows etc.

So, describe your music in one word.

and how would you describe yourselves in one word?

If you could give any advice to any upcoming musicians what would it be?

AN: I’m asked this often. I always advise: “Be great.”

TE: Always make craft your number one priority. You must have business savvy, but without a truly competitive product there’s really no point trying to figure out how you’re going to “make it.”

That’s very good advice! So for the final question, we ask everyone. What is your definition of culture?

AN: Beauty and understanding.