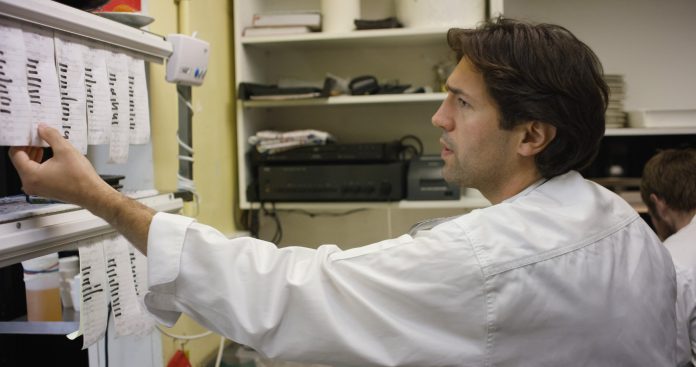 “Eyes bigger than your stomach” is a phrase consistently used to describe too much of a good thing but with this particular show, I believe it is a perfect fit.

The Netflix series ‘Chef’s Table’ focuses around extraordinary culinary masters (6 per season) and the background that has inspired both them and their food.

Directed by David Gelb, Chef’s Table is to be considered one of the most beautifully striking pieces of television to date, competing with the likes of Game of Thrones and Planet Earth. Each episode is a perfect blend of personal insight into a world-renowned chef’s history, as well as gorgeous, high-quality footage of both the food and the environment that is shown to be so precious to them.

In its first season in 2015, we begin with the triple Michelin-star winning Massimo Bottura, chef patron of the infamous Osteria Francescana, Modena. We see Massimo’s Italian background being retold through his modern and innovative cooking style. Through stories of his childhood and early experiences as a chef, we discover much more than simply an ingenious cook, we see an artist that has taken the events of his life and used them to create some of his most famous dishes. In a tradition normally referred to as “Mama’s cooking”, Massimo went against the grain and innovated where is was seen as slander to change an “Old family recipe”. If you still don’t believe how influential Massimo Bottura is, look up the story behind risotto cacao e pepe; Massimo single-handedly saved Parmigiano-Reggiano named after the 2012 earthquake in Modena, simply by creating one dish that exploded around the world.

Although “Good Food” might seem like the whole selling point of this series, that is completely wrong. Chef’s Table shows its audience the wide variety of fields that a chef can excel in during these modern times, a perfect example of this would be Dan Barber, the genius behind Blue Hill at Stone Barns. Dan’s philosophy is based on revolutionising the farming industry for the better; blending unique dining experiences with natural, cutting edge farming knowledge. This man is the personification of the phrase “Farm to table”. To think that someone chosen by Barack Obama to be a part of the president’s Council could literally serve “Bread and Butter” is astonishing but it is the thought, the preparation that goes into creating the most delicious food from the most scientifically organic source that has ever existed.

These two chefs are simply a tasting compared to the now 3 seasons of food inspired and chef-driven simplicity of Chef’s Table. To say that this series succeeds in shedding a new light onto a previously over-looked art form would be a gross understatement.

Review: Chef’s TableTo say that this series succeeds in shedding a new light onto a previously over-looked art form would be a gross understatement.