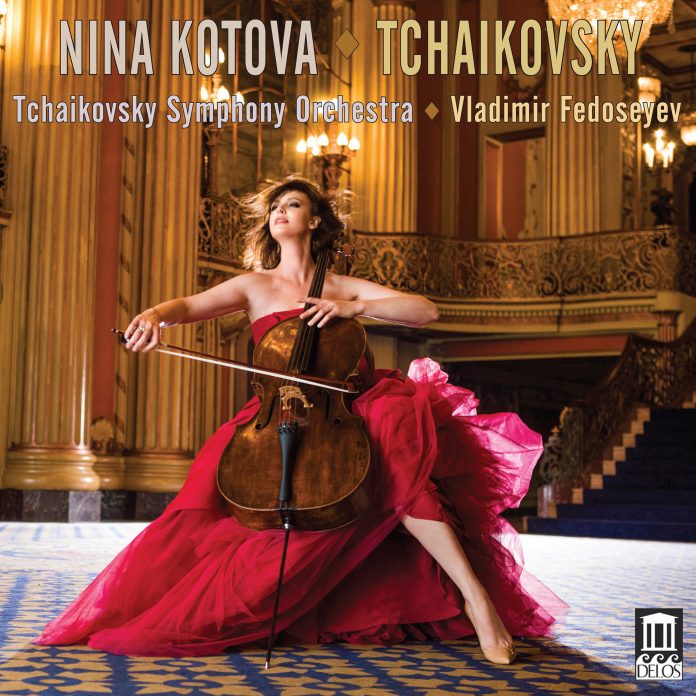 Critically acclaimed Nina Kotova presents us with her latest album ‘Tchaikovsky’ in an astounding fashion.

Nina Kotova has joined links with Russian maestro Vladimir Fedoseyev to replay the wonderful works of Tchaikovsky in her latest album ‘Tchaikovsky’. The album includes a total of thirteen emotional, moving and simply terrific pieces by the man himself – played with soul and meaning.

Kotova’s skill to play the Cello is unquestionably splendid, throughout the album she showcases her maturity and connection to the pieces especially in lively pieces such as ‘Pezzo capriccioso Op. 62’. Furthermore, the album is full of range, joyous themes are shifted from when the sound of ‘Serenade for Strings’ enters, ultimately moving us from theme to theme.

Conclusively, the album is a terrific showcase of the dynamic that Kotova and Fedoseyev have as collaborators. Bringing back the great works of Tchaikovsky in a masterful way for those that sometimes forget the impact he has had, giving us a scale of emotions in one true album. This album is one for fans of classical music, especially those that adore the work of Tchaikovsky – one we recommend.

The album is currently available to stream via Spotify here.

For a group bent on subverting the expectations of what it means to be a rock band by spreading the message of love and...
Read more
News

Bruce Springsteen has released a new song called 'Ghosts', taken from his upcoming album Letter to You. It arrives with an accompanying Thom Zimny-directed...
Read more
News

Listen to Pixies’ New Song ‘Hear Me Out’

Pixies have returned with a new song called 'Hear Me Out'. Taken from the sessions for 2019's Beneath the Eyrie, the track will appear...
Read more
News

Michael Kiwanuka has won the 2020 Mercury Prize for his self-titled third album. One of our best albums of 2019, KIWANUKA won over albums...
Read more