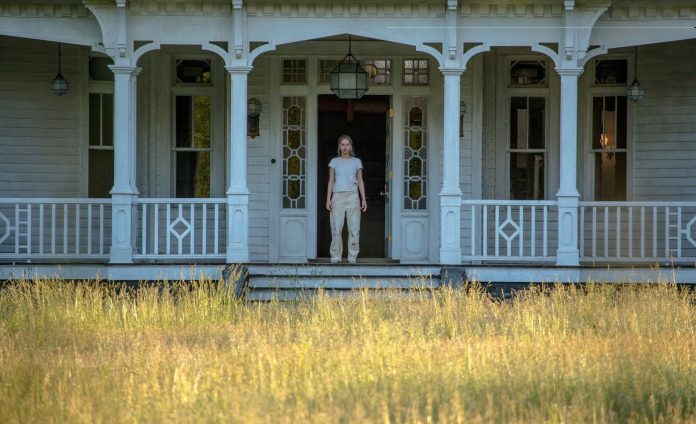 Darren Aronofsky’s ‘mother!’ Is a ridiculous, fascinating and extraordinary experience that has possibly the most divided response to a film in recent memory.

mother! Follows a young woman called mother (Jennifer Lawrence) and her husband, Him (Javier Bardem) as they live in their peaceful country home an unknown couple arrives at the house setting off a string of events that cause extreme disruption.

No other film so far this year has hit me more than mother! Regardless of if you found the film good or not, relentless and unforgiving film. The movie has an allegorical narrative that is obsessed with metaphorical storytelling. From watching the trailer the film seems like a home invasion movie more than anything else however it is not that simple, it is a home invasion on another level.

Touching on the direction that Aronofsky goes for, he uses an incredible amount of close-up shots in order to give a claustrophobic feel, as we never leave the house, rarely allowing the screen audience and mother to breathe. He uses symbolism to the extreme and is remorseless in doing so; you question what the film is right the way through to the end and every single detail has a meaning behind it. Furthermore, Aronofsky has done exactly what he has set out to do; he has created a film that is vicious in expressing his voice and his view on religion and humanity.

Every single piece of acting is terrific; Lawrence clearly stands out as the majority of the shots focus on her she is needed to give a range of performances in which she captures well. Michelle Pfeiffer obtrudes tremendously, as soon as she enters the tone of the film changes, she begins to want to take control of the setting and demands the screen.

Aronofsky has created such a unique and outrageous film, challenging and merciless it has caused an incredible divide, people love it and people despise it, receiving both boos and a standing ovation at the Venice Film Festival. Regardless, the two contrasting opinions means people are talking about the film and that is always brilliant to see.

Overall, I personally loved this film and I have not seen anything else like it. Overwhelmingly disturbing and completely nuts this film can be interpreted as many ways as people have seen it. Whether you love this film or you hate it, I feel this is an experience that will be discussed for a long time.

Review: mother!Overall, I personally loved this film and I have not seen anything else like it. Overwhelmingly disturbing and completely nuts this film can be interpreted as many ways as people have seen it. Whether you love this film or you hate it, I feel this is an experience that will be discussed for a long time.