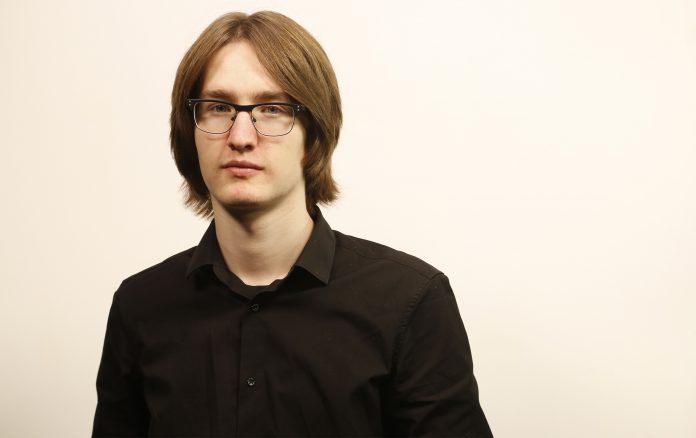 Christopher Stewardson is on a journey to direct his upcoming short film, Man-tis!

With pre-production and crowdfunding on the way, he joins us to talk about film, culture and Man-tis!

I am very well, thank you. It’s lovely to be able to talk about Man-tis! with Our Culture Mag!

We are glad to have you on. So, how did you get into directing?

It was a gradual thing for me. I’ve been obsessed with classic horror and science-fiction since I was a child. When I was about seven years old, my Mom bought me the DVD of 1957’s 20 Million Miles to Earth – and I was mesmerised. Seeing how Ray Harryhausen had crafted such a nuanced character out of the Ymir (the film’s creature) had a profound effect on me and set me on the path toward filmmaking. After making numerous short films as a teenager, directing really became something that felt comfortable and familiar. Being able to develop that in school through A-level drama and then through actual short films in university really cemented directing as my personal goal.

Do you have any directors you look up to?

Several! In particular, Ishiro Honda, John Carpenter, and of course Edgar Wright have all inspired me tremendously. Ishiro Honda’s 1954 Godzilla is probably my favourite film of all time! I love the political subtext in Honda’s filmography. Films like Mothra vs. Godzilla, Matango, and The Mysterians all have such a wonderful poignancy. I truly admire Honda’s ability to craft such entertaining and thoughtful pieces of cinema. John Carpenter and Edgar Wright both inspire me with how palpable their films feel. As a teenager I would look at them and think “I could try that”. Watching films like John Carpenter’s Halloween or Edgar Wright’s Spaced series (both of which are favourites of mine!) and being inspired to craft something myself I think says a lot about how invigorating their films are.

So, how did ‘Man-tis!’ come about and what influenced it?

In November of 2016 I first got the skeleton idea of Man-tis! From the get-go there was always a man who has an interview and who gets turned into some half-man, half-insect. I played around with what insects would work – ants and wasps were both considered – before settling on a praying mantis.

Kurt Neumann’s 1958 version of The Fly and Joe Dante’s Matinee are really the primary influences of Man-tis! I love how affectionate Matinee is toward 1950s science fiction and horror pictures. With Man-tis! I really want to emulate that sense of affection for the plethora of monster movies from the ’50s that I loved as a child – and still do!

In the words of Jess Watkins, our amazing sound mixer, “big buggo man.”

Will there be a sequel to ‘Man-tis!’?

There are currently no plans for a sequel, I’m afraid. However, certainly expect to see more from myself and the rest of the Man-tis! team!

When are you planning to release the film and are you looking to have film festival run?

Yes, we are absolutely looking to submit the film to as many film festivals as we can! We’d love for as many audiences as possible to share in this love letter to ’50s science fiction.

Culture is how we express the changing understanding of our lives, our communities, and our humanity.

Thanks for a great interview Chris. You do seem familiar!

If you would like to get involved with Man-tis! you can become a backer here! or follow the updates on the film via their website and social media.