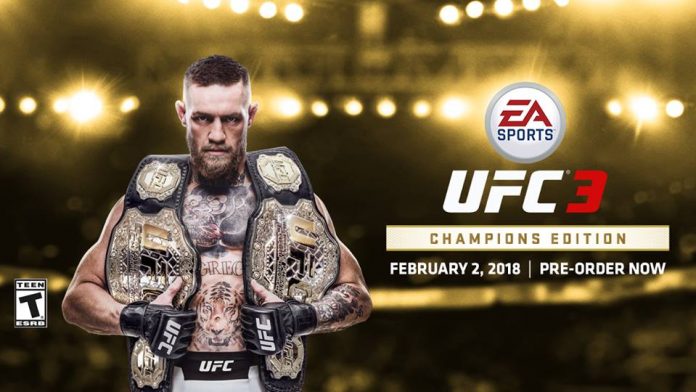 EA’s open beta for UFC 3 looks to pass its predecessors with flying colours.

Every MMA gaming fan has waited for the beta release of UFC 3 and the day has come. The first impressions of the gameplay are exquisite. The gameplay feels heavier and more realistic in many ways. For example, the stamina seems to have been cleaned up and the floury of shots you can land appeared to have been made more realistic. One of the more significant improvements is in the movement and striking; it feels much more substantial but more practical to its predecessor, which is quite lovely as it reminds us of THQ UFC releases in many ways.

The Beta includes a couple of game modes. Firstly, the Fight Now which allows you to choose between more than several fighters including and not limited to Conor McGregor, Tony Ferguson, Khabib Nurmagomedov, Anthony Pettis and Nate Diaz. The Beta allows you to only fight in Madison Square Garden, however, lets you choose difficulty, fight type and even simple submission which according to the game itself is “A timed button press mini-game for submissions and submission escapes”. It looks like the game will have few more fight now modes as well, as many fans have requested. These include Stand and Bang, Submission Showdown and even Custom Fight Now modes.

Few more game modes included in the Beta are Online Quick Fight and Practice Mode. With new and improved physics the practice mode will come in handy for those that will find it hard to adapt quickly to the game. As always, the EA is looking for many ways to earn more money and have once again introduced the Ultimate Team mode. In the Beta, the game gives you a starter pack which for us included three-star Tony Ferguson and four fighting moves.

Overall, the game genuinely looks to beat its predecessors with modes like Stand and Bang and Submission Showdown. However, the most significant and most essential improvements must be the physics of the game. With its more cumbersome and more filed feel, the MMA gaming community will not be disappointed with this latest addition to MMA games.