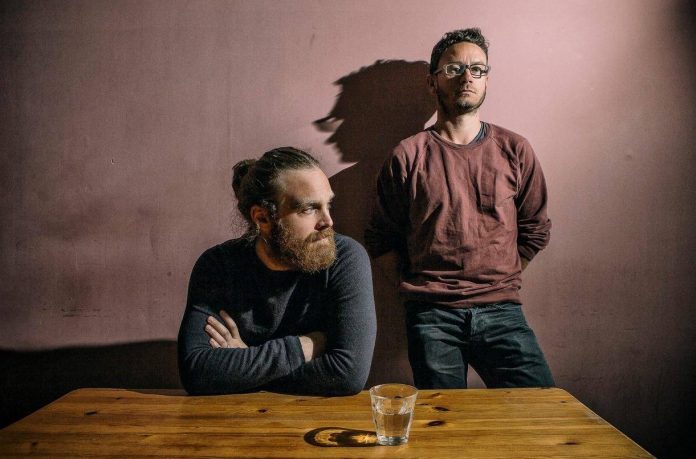 An exciting duo by the name of Solomon Grey has emerged on our radar.

Previously having collaborated with the wonderful Lane 8 the duo behind Solomon Grey certainly haven’t stayed quiet ever since they began their creative endeavour. With a new album coming soon, the duo joined us for an interview to talk about music and culture.

Good thanks. Looking forward to the album getting released. Deep in rehearsals for the tour but going well. Come and see us if you can?

We will try! So, how did Solomon Grey form?

We have worked together for around 15 years. We did a few different projects together and then Solomon Grey started around 5 years ago. We disappeared from our lives for a while and wrote an album. It was a fresh start after all those years and that’s when Solomon Grey was born.

Your upcoming album ‘Human Music’ is coming out soon, how would you describe it?

Human music is a journey through the last few months of my (Joe) mother’s life. She got diagnosed with a brain tumour and was told she had three months to live. We ended up travelling to dignitas in Switzerland where she died by assisted suicide. It was an incredible goodbye.  Human music explores that period of time and the huge spectrum of emotions and experiences that took place. There is a story behind all of it. We write soundtracks so I guess in a way it is a soundtrack. Hope that makes sense.

The challenges are infinite but sometimes that’s the point. It’s hard because there’s nothing there before you start but it’s great to have a finished record at the end of all the hard work. The hardest things are often everything around the music especially as a duo but the music is the lovely thing in the middle. When you start getting somewhere with the music together it all seems worth it and it’s an incredible rush when you find something interesting or moving together. We’ve been doing music together for a very long time. Doesn’t mean we are any more good at it but we wouldn’t still be doing it if we didn’t really enjoy the highs.

So, do you have a favourite song from the album?

Probably Wonderful World. It’s simple and it’s moving, well to us anyway. You might hate it

If you collaborate with any artist dead or alive who would it be and why?

Vangelis, We would just like to watch him in his chair moving from keyboard to keyboard. Working the cs80 while the film plays above him on a huge screen. Speaking enthusiastically about music and playing effortlessly. I love watching his interviews in the studio. I revisit them over and over again. Hope we wouldn’t creep him out too much and laugh a little too loudly at his jokes. Have to be cool like, but not too cool!!

After the release of the album, what are your plans for the rest of the year?

Tour the beast. We’re off around the UK and heading to Germany, Netherlands, Denmark and hopefully other countries. We might be doing some more soundtrack work in between but really we just want to play this record to people. Make it something to remember.

The last question we ask everyone, what is your definition of culture?

Culture is the soul of a society.

To find out more about Solomon Grey you can follow them here.