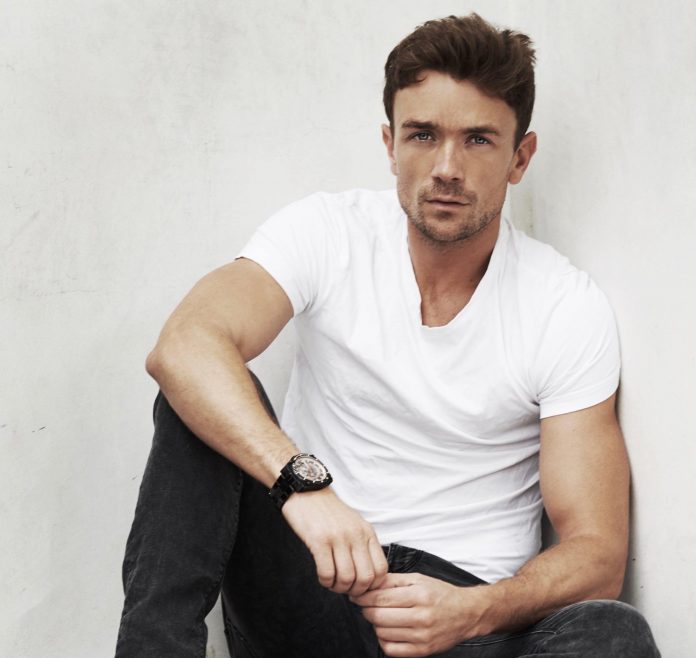 Emrhys Cooper, the director and actor of Trophy Boy, joins us for an interview.

With his latest film ‘Trophy Boy’ screened at the Cannes Short Corner, Emrhys Cooper joined us to talk about his latest project which looks at our obsession with social media and its power to create a deceptive appearance of an individual.

That sounds amazing and congratulations on being selected, we loved the film and enjoyed its messages and what it explores. So, how did Trophy Boy come about?

A professional acting career  for the past 15 years allows one to witness  the damage that social media can do to one’s perception of oneself. I felt compelled to tell the story of our generation’s obsession with, and addiction to, social media’s tortuous impact on how we see ourselves. Since no existing roles or continuing series touched upon this theme, it seemed natural that I’d have to do it all myself.  This required setting up my own production company, and directing—where I already had experience. I also wanted to highlight another area of life that isn’t much talked about: the role of the ‘kept boy’. I believe James’s story is not uncommon.  Many people know a ‘kept’ person, or have private suspicions.  Further, many elements of traditional marriage mirror such arrangements, going back to the Middle Ages.   In contemporary society,  the “Trophy Wife” is not uncommon.   The “Trophy Husband” is less well known.  But let me not get ahead of myself! My aim for this specific short film was to begin at the beginning: to highlight that achieving one’s dreams, being responsible for your own actions, and being honest with yourself and others, are ultimately what will make you happy.  If one gets bamboozled into believing we are, in our entirety, only what Instagram or Facebook or Twitter tells us we are—the consequences are dire if not crippling.

That’s very true. What are the challenges of making a film like Trophy Boy?

Scheduling and locations are often challenging when you’re dealing with a smaller production company budget.  But we really lucked out in the end with the locations where we were permitted to film. Incline Productions, which co-produced the film, really helped organise and put together a fantastic crew.

Do you hope to make anything of this sort again?

Definitely.  The most serious and repeating rush of feedback we received from the early film festivals is, “What is going to happen next to James?”  I would like to continue this story as James, and in various other capacities where I can be useful, to further whet the appetites and add complexities and complications.   Being a “kept person” is not, as was hinted at above, either historically new or morally uncomplicated.

We would definitely love to see the character of James appearing on our screens again. With that what is the most exciting thing about directing a film?

Plunging into the unknown with other artists is the most exciting adventure in the world.  I didn’t really know what the end result would be until others helped refine the questions and enrich the solutions to what at first appears to be a simple question:  what is to become of a Beautiful Boy who cannot resist (at first) what social media insist he consists of?

Do you have any advice for aspiring directors?

I had worked as an actor/producer, so I had some knowledge of what to expect when stepping into being a director.    But no formal education can prepare you for this responsibility.  I would recommend putting together a solid team and have clear expectations. Keep a professional diary so you know where you went wrong.   Then do your best to lead a team which develops common values and goals. You won’t regret it.

So, what are you working on next?

I have several films coming out this year which I am excited about.  I am also hoping to get back on stage now I am living in New York City.

That sounds exciting, we hope to hear more from you soon. For our final question, that we ask everyone, what is your definition of culture?

That question hits the nail on the head in the context of this interview.  The dictionary definition of culture, which one can google, is “the quality in a person or society that arises from a concern for what is regarded as excellent in the arts, literature, manners, scholarly pursuits, etc.”

That is not an accurate definition. How do we know or measure what is excellent versus what is inferior? In past years, our information came more from family or reading or personal friendships or several reliable old-school television networks.  In Great Britain we had the BBC.  In the United States, you used to have just NBC, CBS, and ABC. Nowadays, various public reports show that individual spend between 9 to 12 hours a day on social media. Pew Research has an extensive 2018 report breaking down Facebook, Instagram, Youtube, Twitter Snapchat, and other platforms. We are not just looking at social media.  Social media is talking back to us—inundating us with undeniable statistics telling us how many friends we have or how many followers we have.  We are also bombarded with unfiltered remarks on what others say about us. It was this social media that represented the culture in which James lived.  He, the Beautiful Boy in “Trophy Boy,” knew no other reality. He was certainly not alone in this artificial universe. Let us not be fooled, then, that culture derives nowadays from excellence available to us in a world of arts and literature and scholarly pursuits. Our culture comes to us mainly from the cell phone or the laptop. The screen has become the portal to our culture.   It talks back to us. It tells us how attractive or ugly we are; how smart or stupid we are; who really likes us—and to what extent, with numbers to prove it. James, in “Trophy Boy,” must find this way through this cultural Hall of Mirrors.  He might well meet others in the same boat.  He might meet surprising new pillars of economic support. Those of you who have seen the teaser will ask: what happens next to James? That will, if ambitious plans come about as they most certainly will, be the rousing ticket to the tale of the year.

Thank you for joining us Emrhys, hope to hear more from you soon!