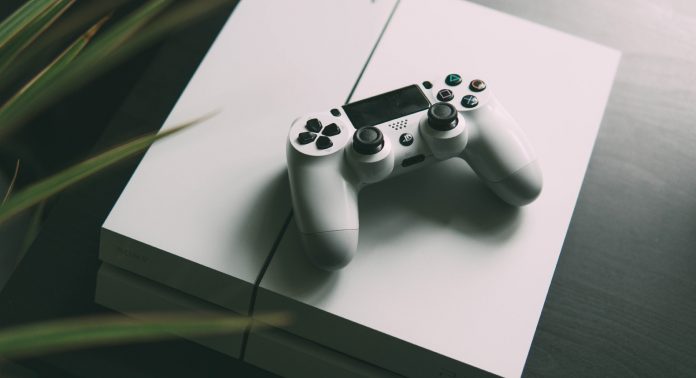 While there are a lot of purists and dedicated old-school video games who would disagree, gaming is an industry which has evolved in an enormous amount of positive ways. Far from the processing and other technological limitations of the media’s first few years, modern gaming has made great strides in addressing issues which were originally born out of necessity or outdated design. In this article, we want to go over a few of the biggest changes which we feel have had a considerably positive effect on gaming as a whole, and what makes these changes special.

This one is can be a little bit of a double-edged sword, but in this case, we’re talking about when it works well. Saving on older systems, at least on consoles, used to require passwords or separately purchased memory cards. Not only would this make saving your game a constant pain, it was made even more frustrating though how limited older save systems were. Sure, save points have a place in some games as a means of gameplay expression, but being able to save anywhere you want was just the best thing for those prone to interruption.

While we are generally a big fan of autosave when it works well, we still get a lot of games where it can royally screw your progress if you quit in the wrong area, and the game does not offer quicksaves. Alternatively, quitting and have to redo long patches because of a terrible autosave system does not make for an especially enjoyable experience. A little more effort here, devs, would go a long way to eliminating these problems from gaming’s future.

Drivers are almost always a colossal pain to deal with. When you have dozens of different forms and brands of gamepads vying for mainstream success then you have a lot of potential crap to deal with, and early device drivers were often even more frustrating than the ones which we deal with today. A lot of this simplicity comes down to how standardized modern Xbox and PlayStation controllers have become with PC gaming. Windows itself has offered official out-of-the-box support of Xbox controllers for years, with Steam and simple to use programs like DS4 mean the equally great PS4 controller is not far behind.

Really, though, we just glad we don’t have to put up with button prompts in games telling us to do things like ‘Hold button 2 and press button 6″.

We know, we know, automatic updates are not a faultless system, like pretty much everything else on this list, but properly applied they can save such a ridiculous amount of time over the old manually patching systems that we have to include these. GoG, Steam, Origin, and a whole host of other systems manage all this for you, let you schedule when you want to download, set data limits, and generally automate everything possible, as the name suggests.

Back in ye-olde days, we could have systems which were just ridiculously and frustratingly specific. In many games there were systems where updates could not be done in a single block, that is to say that a user could sometimes not simply download the most recent patch and be done with it. We remember a lot of cases where patching would require you to know the exact version number of your game, and what region it was designated, and from there download the very next patch in a long line. You would work your way through, each painful step, and hoping that no downloads were missing and that nothing went wrong along the way. We don’t miss it.

The ball mouse, the best tool we had at the time for both precision cursor control, and collecting cat hair, even if you didn’t own a cat. Prone to missed movements and breakages at just the worst possible time, these are a peripheral which we are glad to see die out. Modern mice are not only just as cheap or cheaper than these earlier beasts, they come with vastly superior tracking which, it turns out, can be pretty important. We’re a big fan of wireless mice in many situations as well, though for gaming our personal experiences have been a little less than stellar.

A problem which remains for many console gamers, and one which used to be a huge issue for PC gamers as well. By online ownership we’re talking about the ability to purchase games online, and have those tied to an online account. We can see this in systems like Steam, as the most obvious example, but others like the console online stores, GoG, and Origin also come with similar offerings.

The joy here comes in being able to so easily store your library of games online, eliminating the risk of game loss which so often happens with physical media. We’ve lost or accidentally broken a few disks in our time, which really sucks if you get that sudden hankering for a replay. With these new online systems, these games can be found instantly, downloaded infinite times, and don’t run the risk of scratches or damage. While they still have some painful issues, especially if we’re talking about Steam, the overall convenience is nothing short of game-changing. Yes, terrible, I know.

My first console was the Sega Master System II, here is a picture of its controller. 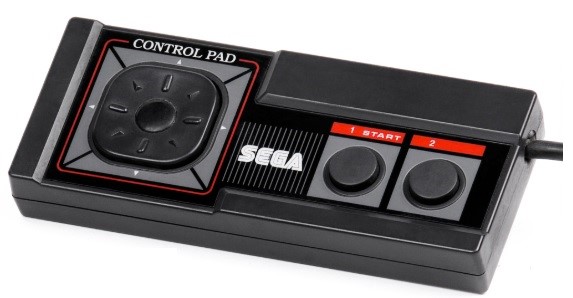 One awful direction pad, two buttons. Of course, as the SMS2 was not a powerful system the limitations of these controls made sense. Most controllable objects in the oldest of games could only do one or two things, so two buttons made sense. While these slowly evolved over the years, the biggest leap, in our opinion, was that which brought twin-stick controllers into the mainstream. While we could regard the N64 controller as the precursor here, we prefer the simplicity of early PlayStation DualShock devices. Not only did this let controllers keep up with the expanded possibilities of evolving and more powerful hardware, it made great strides in opening console systems up to PC ports like never before.

Then there is the aspect of standardized controls in games. While we see this in many genres and subgenres (more Arkham style combat please), it has to be the first person shooter controls which really opened up a new world. Funnily enough, playing an FPS on one of these – 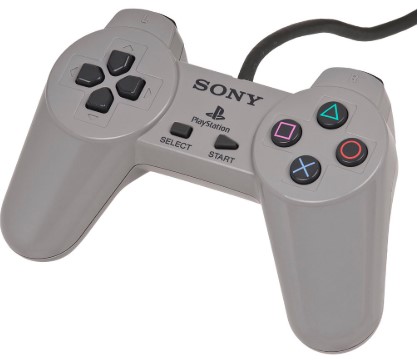 Was a lot more difficult than playing on one of these – 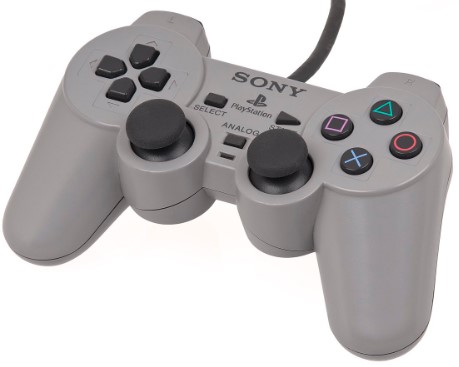 This basic stick and shoulder layout would make the games not only feasible but enjoyable. This would further be aided by the advent and popularization of various aiming-assist systems, which further mitigate the limitations of these controller inputs. Funnily enough, the game which first brought the most common of these control schemes to console was once massively derided by Steve Garret of Gamespot, whom we can only assume is kicking himself in hindsight. At least he had the insight to recommend players wait for a better Aliens game, the ostensibly PS2 bound Colonial Marines. Oh dear.

So what do you think? What have we missed, or development is it that has left the biggest impact on you as a gamer? Gamer-targeted Doritos? Probably not, but we’re sure you guys have something we missed.