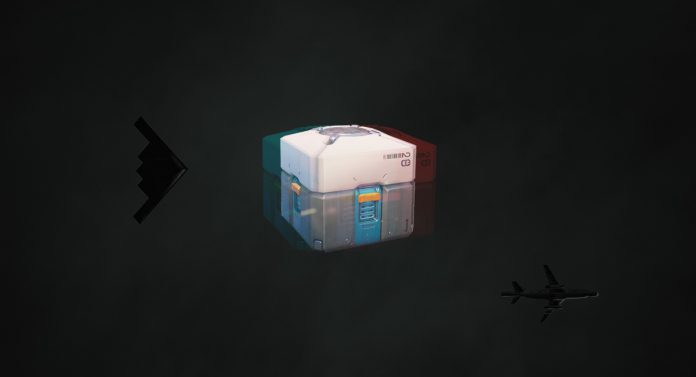 If you haven’t been keeping up with gaming news recently then you might not have heard about the significant controversy surrounding so-called loot boxes. The general idea of these boxes is that they act as gift packs, with the items contained within being randomized and hidden until opened. Normally this would be of little concern, but the crux of this controversial matter revolves around two key points which turn this from who cares into a major concern.

First and foremost – these can be purchased with real money. Given that this is absolutely an area where the law is only now playing catchup, the unmistakable reality (at least from those not peddling them) is that this constitutes unregulated gambling.

The second, and not an always applicable issue, is that the less than scrupulous publishers (such as EA with Battlefront 2) can lock actual gameplay advantages within these loot boxes.

The end result is that this system not only takes advantage of youngsters and those who suffer from gambling addiction, it can also do so in an incredibly sinister way which effectively forces people to take part in systems of unregulated gambling in order to stand a competitive chance.

Of course, every single step of the way, those who use these systems claim they do not believe this is gambling.

Unfortunately for them, Belgium has recently set a precedent where loot boxes are considered gambling under the law, and the response by these multibillion-dollar publishers has run the range from cloying to unashamedly pitiful.

Even more pathetic was the response given by 2K Games, who actually had the gall to ask their players to help protect their exploitative practices by writing their local officials – “We will be continuing conversations with the BGC in order to explain our view on how NBA 2K and MyTeam pack purchases already comply with local laws. If you agree, we recommend that you contact your local government representative to communicate your opinion”. Fantastic.

We can’t forget EA, who wear their avarice on their sleeves and have learned nothing from what was one of the biggest PR disasters in modern AAA gaming. So eager is Electronic Arts in protecting this practice that they are actively ignoring Belgian law, keeping their loot boxes in even though it means a direct facedown with the Belgian Gaming Commission. Naturally, their defense of this is just as steady and vacuous as it has always been, parading platitudes regarding ‘player choice’ instead of making any serious attempt to engage. The real reason EA puts up such a stalwart defense is a complete mystery if you’ll forgive the obvious sarcasm, but it definitely has nothing to do with the fact that the games which include these systems, like the now maligned EA Sports Ultimate Team modes, brought in around $650 million in 2017 alone.

It’s about the bottom line, we know that, they know that, and they’ll claw tooth and nail to maintain and build these profits, despite the obvious moral repugnancy. After all, it’s just our interpretation which marks these as exploitative gambling. Well, that and Belgian law, with 15 other gambling regulators from the European Forum taking part, including the UK, France, Ireland and Spain. Oh, and also a study by the Australian Environmental and Communication Reference Committee which links loot box gambling and gambling addiction.

Where do we go from here?

That depends on the level of power which these companies can exert over national and international regulatory commissions. Thankfully moneyed corruption here is minor, so the chances of bribery and corruption laying the framework for the way forward is minimal at best. What we do expect to see, and what we hope to see, is the law finally catching up with those who have so far taken advantage of a system still its infancy.

The big publishers will cry, they will play the victim, and they will lay threats as to the future of what is ostensibly necessarily over-expensive game development with some of their most popular properties. Really though, if your only way to succeed in video gaming is by manipulating and taking advantage of the young and those suffering from gambling addiction, then you’ll understand our sincere belief that the market is better off without you.