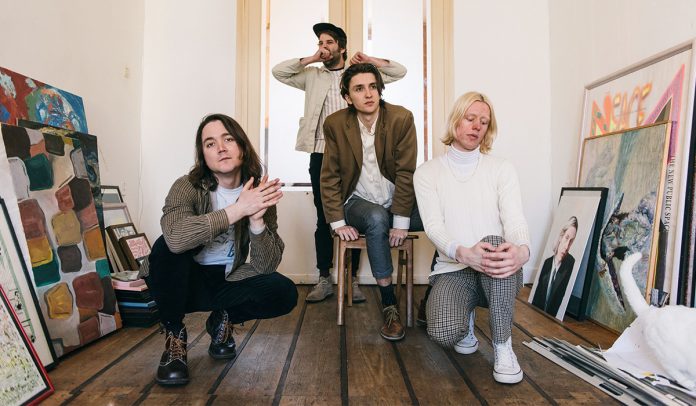 Mozes and the Firstborn, a four-piece garage-pop band, have released their new album Dadcore. Furthermore, they have premiered the music video for Sad Supermarket Song on Noisey NL.

Talking about the album Melle Dieleson said: “Dadcore is a love letter to rock music. It’s an ode to being in a band. After eight years we still sometimes play shows where only twelve people show up, there’s no backstage and the fee is a case of beer and a place to crash. Nonetheless, there’s four people up on that stage rocking out as hard as they can. That’s Dadcore to me.”