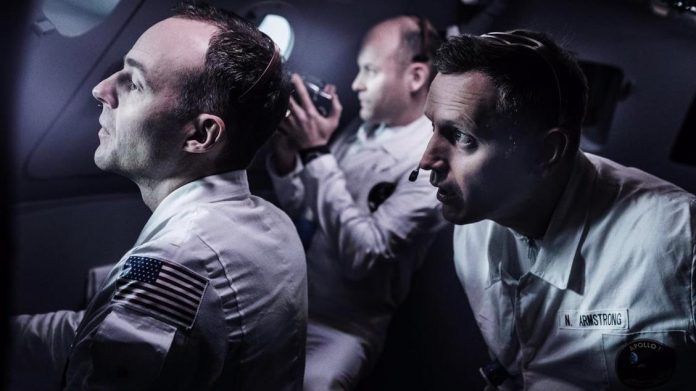 2019 marks the 50th anniversary of the Apollo 11 mission where Neil Armstrong, Buzz Aldrin and Michael Collins accomplished one of the greatest and most remarkable achievements in mankind’s history.

8 Days (the amount of time it took the team to travel to the moon and return to earth) follows the Apollo 11 mission that was watched by around 600 million people. The momentous event paved the way for new technology, research, space travel, human curiosity and signalled the end of the space race.

Taking hours of the now declassified audio from the cockpit and spaceflight between the
astronauts, BBC and PBS have come together to create a docu-drama centred around the
difficulties, risks, and spectacle of the mission.

The visual effects and cinematography are breathtaking; the dramatised reconstruction of the mission is made even more impressive with the risky but flawless lip syncing between the recordings and actors.

The film is beautifully paced, creating wonder and tension throughout while really showing the humanity of the mission. In 8 Days, we get as close to the astronauts as we ever will.

I had the pleasure of seeing 8 days: To the Moon and Back at The Science Museum on the IMAX screen which was a real treat and truly showed off the phenomenal visual look of the film.