Gaslight and the Horror of Emotional Abuse 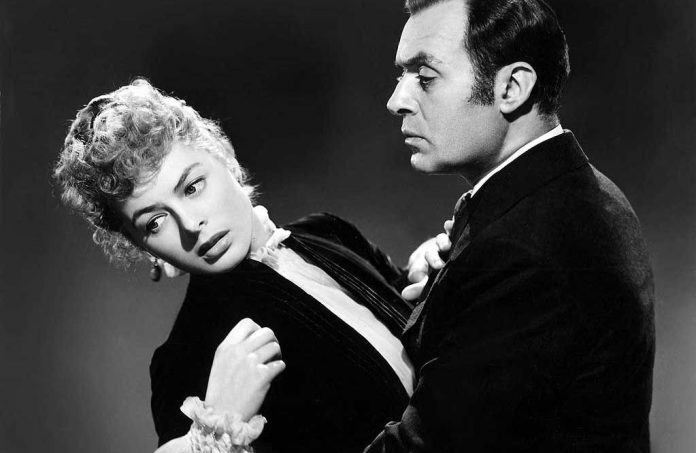 You may have heard the phrase ‘gaslighting’ before and wondered what it meant. Or you may understand the term as, simply, the act of driving someone crazy. Gaslighting can occasionally be found in the news and is even mentioned every now and then on KIIS FM’s “Ryan’s Roses” in reference to cheating men. Really, it’s a lot more than one person saying, “You’re crazy,” to the other. It’s a slowly mounting, incredibly powerful form of emotional abuse. And society may have let it by the wayside, if it hadn’t have been for one remarkable film.

This year marks the 75th anniversary of George Cukor’s Gaslight (1944), adapted from the 1938 play by Patrick Hamilton and, to a lesser extent, the film adaptation from 1940. But other adaptations are unnecessary, because Cukor’s film gave the colloquially and psychologically acknowledged abuse tactic its name. Powerful enough to move psychoanalysts to action, this seventy-five-year-old piece of cinema surpasses melodrama and demonstrates the sheer terror of romantic control.

How does debonair Charles Boyer manage to so thoroughly hypnotize the lovely Ingrid Bergman? It all starts with Gregory (Boyer) sweeping Paula (Bergman) off her feet and off her intended career path as an opera singer. Gregory doesn’t allow any time for thought; they marry with a level of understanding that barely exceeds acquaintance and Greg informs her, charmingly, that he has always dreamed of living in a London townhouse with his bride. Lucky for him, Paula has a townhouse in London, courtesy of the guardian-aunt who was murdered there. Paula would rather not live in the house where she found her aunt strangled but, with a desire to please her wonderful husband, she gives him his dream.

They move into the since untouched townhouse and Paula takes it like a champ. She can talk about memories of her aunt with happiness, but when the first streaks of fear make an appearance she runs into Gregory’s arms. It makes him so unhappy to see her this way. He suggests they put all these awful furnishings and memories in the attic, so that she can forget everything, forget her. It’s a seemingly sweet gesture with the barest hint of brainwash, and it works perfectly.

Up to this point, the film provides faintly quintessential Victorian melodrama vibes. Lip-searing kisses on the continent, fog on the London streets, scary painting, secretive husband. Then, with the smooth and undetectable skill of Gregory’s own abuse, Gaslight becomes a cinematic immersion into a nebulous reality. 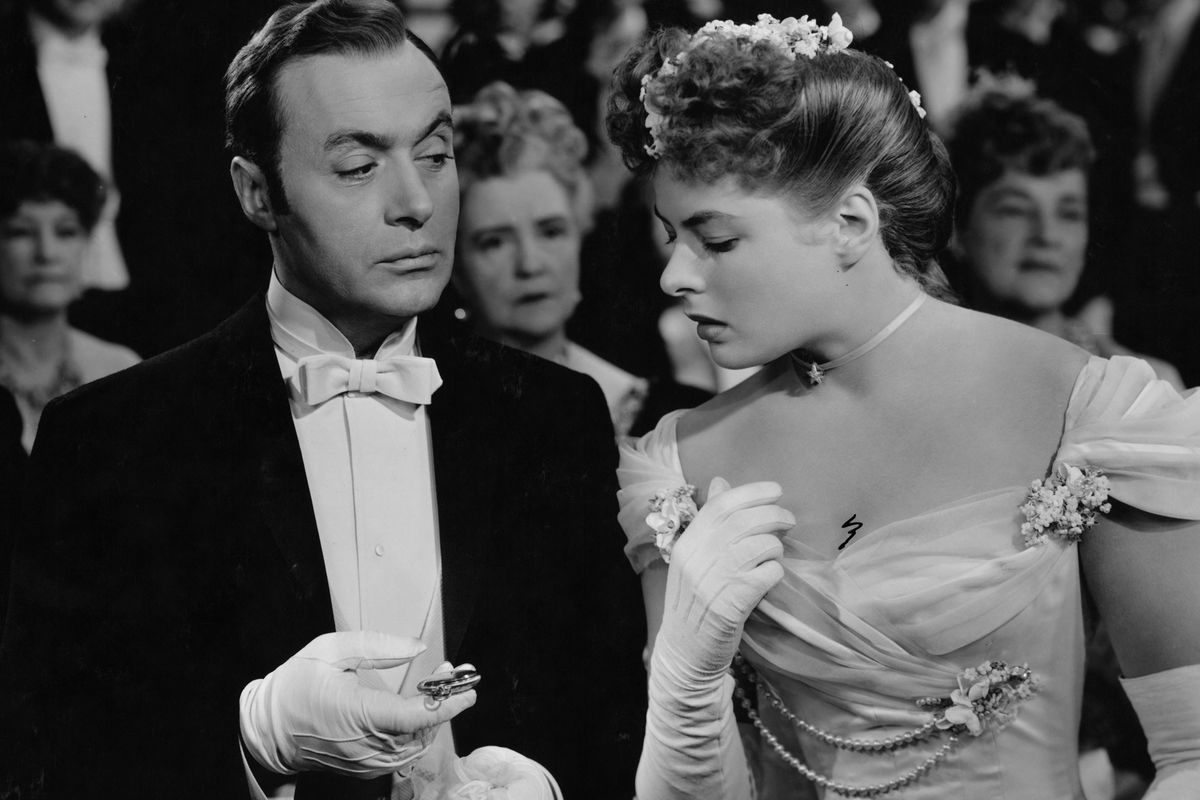 It begins with teasing hints at Paula’s ‘quirks’. Gregory says she tends to lose little things and that she’s become forgetful. Meanwhile, sinister elements begin to surface. An oh-so-subtle hesitation as Boyer delivers a line, a close shot on his face as it becomes fixated on a point unknown. And let’s not forget Bergman’s brilliant portrayal of a woman forced from blossoming girl to a tortured shell of a woman.

As we watch Gaslight morph from a typical melodrama into unsettling psychological horror, we notice several qualities of filmmaking brilliance. Shadows from Gregory’s body cast onto the wall, on Bergman’s face as she wears a laced hat and reveals, sheepishly, that she’s lost the family brooch he gave her. He placed it very carefully in her bag, indicating its place with a stricture that she remember where it is. But the brooch becomes lost and Gregory’s criticism of Paula is confirmed.

The film continues thereafter to use artifacts that help Gregory’s abuse reach its disturbing, frightening pinnacle. A picture repeatedly goes missing and Paula, like a woman sleepwalking, retrieves it from its hiding place. Paula is kept from society by her husband and the servants due to her “ill health” then, when Gregory agrees to attend a musicale, interrupts the performance to find his watch, tucked into her bag in a seeming act of kleptomaniac insanity. And, of course, she keeps seeing the gaslight go down. But is Paula really doing and seeing these things? Has she lost her mind?

The revelation that Gregory is obsessed with jewels, and that Paula’s aunt had a ton of expensive jewels hidden among her belongings, are not surprising and not important. The film uses this subplot to ingratiate itself with like films, then hits you in the gut with real horror. Aunty’s ghost does not appear seeking her treasure, the husband does not find the jewels and run off, there are no scares and absolutely no violence. In short, this movie does not succumb to tropes of the day. It doesn’t make you squeal. It makes you shake.

Gregory could sneak into this abandoned house with ease. Instead, he seeks out a sweet, easily influenced girl and puts her through hell. He might have been a two-dimensional villain full of anger and violence. Instead, he’s all too kind, asking questions that lead to self-doubt and fear before his wife can understand it all. And finally, rather than end in a typical fist-fight over a handful of jewels, an incredible performance by Bergman. With her husband tied up and persuasive as ever, Paula throws the man’s methods back in his face. “If I were not mad, I could have helped you. But because I am mad I hate you.”

The work of this director, writer, and the cast is an emblem of psychology and, above all, awareness. With an evocative, immersive ambiance, spine-tingling dialogue, and masterful by-play between Bergman and Boyer, Gaslight deserves its seventy-five-year regard – as masterpiece and monument to psycho-science. We, the audience, see the shadows. We hear the screams. We feel the sweat of uncertainty, fear, and pain. We are the abused.