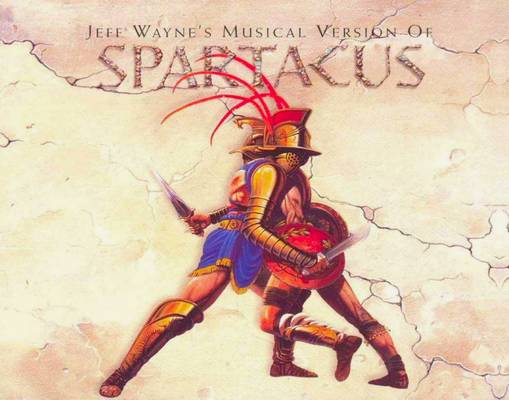 Jeff Wayne’s Musical Version of The War of the Worlds is an enduring masterwork. Among the more unlikely of success stories, the iconic concept album has transcended generations and has never dipped in popularity since its 1978 debut. It can often even be spotted among the standard stock on the vinyl shelves at ASDA (which is bizarre enough in and of itself). Reading this, you can probably hear melodies from “The Eve of the War” or “Forever Autumn” playing in your head. Despite its incredible and enduring success, it’s easy to imagine a timeline in which the album was but a curious footnote in music (and sci-fi) history. A then-80-year-old alien invasion novel adapted as an abstract musical via a fusion of progressive-rock and classical orchestration? Despite everything, Wayne’s album was a monumental success, and even managed to make something of a pop star out of Richard Burton. But if you want a glimpse into a world where the album failed to take off and remains a curious obscurity, I’d suggest you have a listen to Jeff Wayne’s Musical Version of Spartacus.

Hang on – his musical version of… what? I don’t blame you if you haven’t heard of Wayne’s Spartacus. The popular myth of the gladiator-turned-rebel has been definitively overshadowed by Stanley Kubrick’s 1960 epic, bulldozing subsequent interpretations and adaptations. However, I’m not convinced that Kubrick’s version is the reason for the obscurity of Wayne’s. In 1992, he re-assembled some of the creative team behind The War of the Worlds and – like a merciful Roman general – released his musical interpretation of Spartacus. The album features the likes of Sir Anthony Hopkins (narrating as the ruthless Marcus Crassus), a young Catherine Zeta Jones (co-narrating as Palene, and nabbing a debut single in the form of “For All Time”), Fish (lead singer of Marillion, playing Crixus), the mighty Ladysmith Black Mambazo (as the musical voices of Spartacus’ army), and Alan King (of Walk on Fire) as Spartacus, the Hawk, himself. Like The War of the Worlds, the album is presented as a musical story in two parts: the first disc is “Animal & Man”, telling the story of Spartacus’ revolt and slave rebellion against the brutality of Rome; the second is “The Parting of the Ways”, chronicling Spartacus’ hubris and the downfall of the uprising, and its eventual defeat at the hands of Crassus.

Beyond the contents of the album itself and those involved in its creation, information on Jeff Wayne’s Spartacus is scarce. Amazon provides a release date of September 21st, 1992, but this is entirely unverifiable. In addition, archival reviews from its release are hard to come by: with a quick Google search, the only reviews available come from users on websites like Amazon, Rate Your Music, and Prog Archives. The album appears to have entered obscurity upon release, with absolutely no immediate or lasting impact on popular culture whatsoever; it also appears to have only received its initial 1992 pressings and seems to have remained out of print since, with online sellers currently attempting to shift copies at upwards of £90. I myself had a bit of a hard time finding my copy years ago: after years of trying to find it in record stores and charity shops (as is always so much more satisfying than a simple online click), I relented and bought a copy from eBay. I can’t remember exactly what I paid, but it was nowhere near £90. The album isn’t even available to stream or purchase digitally anywhere. The Hawk’s wings have been well and truly clipped.

Let’s get one thing straight: Spartacus is not a patch on The War of the Worlds. Sadly, it doesn’t even approach the greatness of its timeless predecessor. But that’s not to say it is without merit of its own. Most of the cast are excellent, providing equally engaging spoken-word and sung performances. Anthony Hopkins in particular brings the quiet, seething anger and hatred of Crassus to menacing life very effectively and, like Richard Burton in The War of the Worlds before him, brings genuine gravitas to proceedings. Hopkins’ performance contrasts Burton’s stoic, reserved narrator, coming across more as a hate-fuelled train of thought rather than an objective recollection. Hopkins is particularly excellent during “Animal & Man (Part One)”, during which Crassus describes the genuine fear he feels upon witnessing Spartacus in the arena for the first time and seeing “the Thracian’s defiance of Roman authority”, as the crowd stamp their feet and cheer in approval.

The two-part “Animal & Man” is a highlight of the first disc and introduces two chants which recur throughout the album: the first, the Roman crowd’s bloodthirsty cries of “Jugular, jugular!” as they goad gladiators into slaying one another. Comparable to the terrible “Ulla!” cries of the Martian war machines from The War of the Worlds, these cries serve as a haunting reminder to Spartacus of his struggle to escape his gladiatorial past, as he attempts to reconcile the savagery of his rebellion with the cost of freedom. The second repeated cry is “Salutant Spartacus!”, the anthem of Spartacus’ defiance which provides grounding and consistency throughout the musical journey and ensures the action and story remain focused. Unlike the Martian tripods’ wail, however, the cry of “Salutant!” inspires at least a modicum of hope and courage. Spartacus’ bloody triumph against the Roman empire reaches a triumphant but violent crescendo with the epic final track of the first disc, “The Eagle & The Hawk”. As Spartacus (the Hawk) scores victory upon victory against Rome (the Eagle) and its forces, Alan King’s verbose, victorious vocals (singing, “Now look how high the Eagle flies / He once was king of all the skies / Oh, but see how easy he dies / Caught on the sword of liberty”) perfectly portray the pompous, arrogant hubris of the doomed gladiator.

The second disc, “The Parting of the Ways”, is altogether weaker as it inevitably leads toward an unhappy, brutal ending. Unlike The War of the Worlds, there is no sudden, surprise defeat of the enemy. The rebellious heroes are picked off one by one, and Crassus is ultimately victorious as Palene searches for Spartacus’ corpse along the Appian Way. There is a glint of hope, however, as she spots a hawk flying high over the bloody path. “The Parting of the Ways” is not without merit, though. Hopkins once again gorges on the proverbial scenery, as a maddened Crassus is finally allowed to lead an army against Spartacus. “Going Home” superbly demonstrates the incredible range of the untouchable Ladysmith Black Mambazo, providing the chorus of vocals representing Spartacus’ followers as they sound their plea to return home as a free people. A reprise of “The Eagle & The Hawk” picks up the conclusion a little, but ultimately the album’s second half fails to top the highs of the first. Those hoping for a musical twist on Kubrick’s famous “I am Spartacus!” scene will be disappointed.

While none of the tracks on Jeff Wayne’s Spartacus reach the heights of classics like “Thunder Child”, “The Spirit of Man”, and “Brave New World”, it’s a sincere shame that the album’s failure seems to have discouraged Wayne from exploring musical ventures beyond his Martian invasion. Indeed, all his subsequent projects have been new interpretations and re-releases of The War of the Worlds, with no new original compositions to be seen. While certainly no classic, Spartacus deserves to be heard again. A slick vinyl re-release, complete with digital and streaming debuts, would serve this curious, epic little album well. And perhaps, more importantly, it would encourage Wayne flex his musical muscles once again, and give us just one more Musical Version of… ?