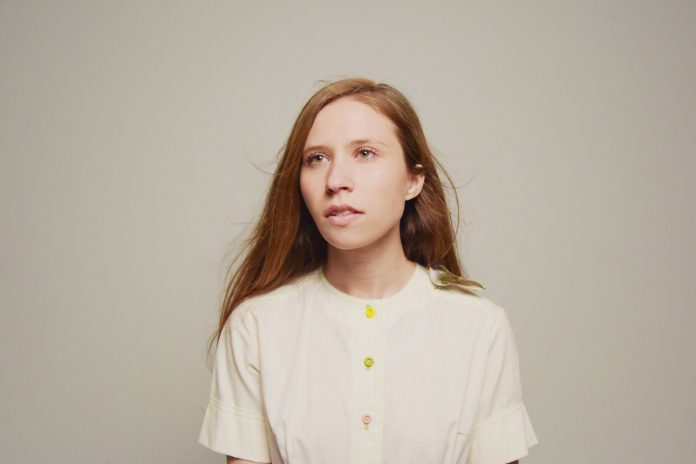 Pearla is 23-year-old Brooklyn singer-songwriter Nicole Rodriguez. Since 2017, she has been slowly but steadily releasing a series of singles, her sound an entrancing blend of gorgeous folk melodies and ethereal vocal harmonies. Sometimes they are accompanied by a mostly bare-bones instrumental, as in the engrossing and stand-out ‘Pumpkin’, or a distinctly noisier one like in the second half of ‘Forgive Yourself’, where the disorienting feedback amplifies the quietly deafening sense of guilt as she sings “Can you forgive yourself?”. Her latest single, ‘Daydream’, part of the upcoming EP Quilting & Other Activities out September 6, is her best yet; everything comes together in a lush and captivating composition that sees her style evolving as she takes new risks. One thing remains the same though: whatever sonic approach she utilizes, Pearla’s songwriting is as honest and personal as ever.

We caught up with Pearla for this edition of our Artist Spotlight segment, where we showcase up-and-coming artists and give them a chance to talk a bit about their music.

Writing songs and singing has always been the most natural way for me to process the world around me. I remember from a young age I always felt the need to sing, make up stories and poems, and build these little worlds out of boxes, and puppets and rocks. As I got older I became more interested in folk music, picked up a guitar and learned how to produce a little bit. I found I could make those same types of little worlds with my songs.

What artists have you been listening to lately?

Lately I’ve been really into that Connie Converse album “How Sad, How Lovely.” I’ve also been listening to a lot of Judee Sill.

Could you take us through your songwriting process?

It always comes in waves for me and I have struggled to make it a consistent practice. I think my process, if I have one, is more focused on taking in my surroundings and trying to stay as present and as open as possible. I take a lot of notes on my phone and record voice memos of melodies and ideas throughout the day so I don’t miss anything. And then often when I am alone and I have enough coffee on the brain, I’m able to piece together these things I’ve collected. I usually write when there is a big question on my mind or something bothering me. It is my way of making sense of my feelings and working through them. Writing songs always comes with a huge sense of relief – as if I’ve written the feeling out of my body and I can continue the day again.

Tell us a bit about your new song, ‘Daydream’. What is it about? How is it different from your previous tracks?

Daydream is about recalling a memory and using it to escape your current situation. I’m really fascinated by memories and how they become so ingrained in us, affecting how we experience and view everything. And oftentimes our memories are not totally accurate. This memory in particular…it was a brief stint I had taking care of monkeys. I really love monkeys. After this cartoonish and magical experience that I had, I went through some major life changes that left things feeling kind of bleak. I wanted to capture what this memory felt like into a song so it could be like a little pocket of space for me to escape to. It’s about how those moments of pure joy are so fleeting… but yet the painful stuff lingers, and how those two things work together.

I really like to explore each song as an opportunity to dive fully into a feeling without constraints of genre and without even thinking of my other songs. We used a lot of sounds I haven’t used before so it may feel really different from the rest, but my goal is always the same: to build a world that accurately reflects the feelings and experiences that spurred the song, whether that means using an acoustic guitar, a recording of screaming baboons or an 808.

How was the experience of making your upcoming EP Quilting & Other Activities?

Making this EP was a pretty magical experience. In terms of the writing, these songs were just a part of my normal getting-through-the-year practice. Recording the EP was what felt really special to me. I think it was the first time I was able to really surrender to whatever I dreamt up in my head, and honor my feelings and vision without worrying if it was good enough or made sense or fit into any kind of box. It was an exercise in trust and pure expression. My producer Tyler Postiglione was a real partner on this journey too. We recorded most of this in our homes so it felt really personal and free.

Are you excited about its release?

I am excited and nervous about the release. It’s hugely personal so that part is scary, but that’s another reason I’m excited about it. Someone put one of my songs on a playlist called “songs that resemble a warm hug u often crave” and I just thought that was the coolest thing ever! It’s really cool to connect with strangers in that way, and to bring people comfort. It makes me feel connected to the world. I’ve had these songs for a while so I’m excited to let them go in hopes that they will become meaningful to other people!