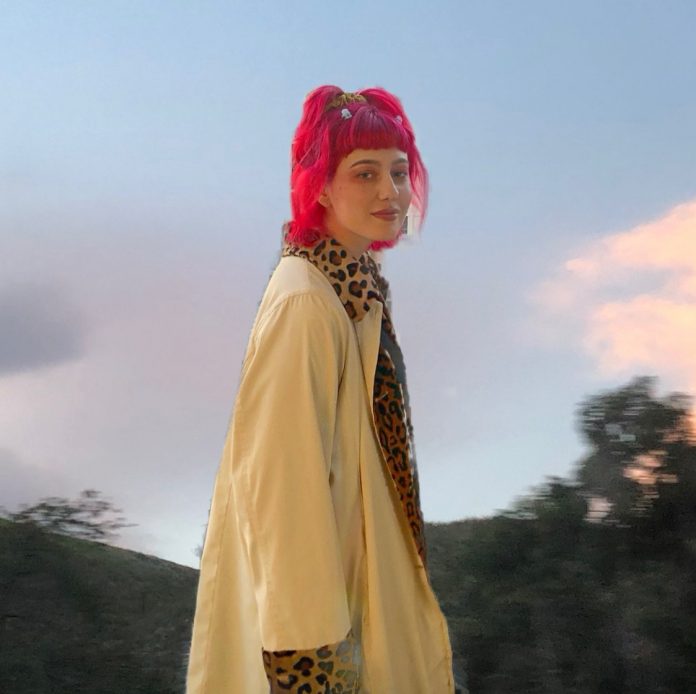 In an age where the term ‘bedroom pop’ can signify little more than just a vague, trendy aesthetic, Kansas Acevedo, aka ylliy, stays 100% true to the DIY spirit. But what sets her apart from other DIY artists is just how refined and delicate her music can be. Hailing from California, Kansas released her second album as ylliy earlier this summer. Titled Soft Touch, it feels like just that: warm, inviting, and intimate, the soft power of ylliy’s gentle guitars and vocals comfortably guiding you through its runtime. While her sound remains quite uniform throughout, her lyrics can be both poetic (“Untangle, lionheart/ Dragging shoelaces through your town”) and straightforward (“I don’t like the way you’re looking at me/ I’ll tell it to your face”) within the same song (‘Peaks’). While there is certainly something charming about the roughness of her previous effort Microwavable Heaven, it is even more special to listen to an album that’s just as unfiltered and personal as any lo-fi, self-produced record, but prettier and more polished than most.

We caught up with Kansas for this edition of our Artist Spotlight segment, where we showcase up-and-coming artists and give them a chance to talk a bit about their music.

What made you want to make music?

I grew up with music playing around me constantly. Every significant moment in my life has a specific song or album attached to it. I’ve always written songs since I was a kid, but I started recording and releasing music because I wanted to give people that feeling other musicians have been able to give me. Whenever someone takes the time to tell me that my music made them feel a certain way, I really hold on to that.

Who are some of your favorite artists at the moment?

I’ve been mostly listening to Beagles’ self titled album, also the albums ‘Feels’ by Animal Collective and ‘Oor’ by CBMC. They all came out a while ago but I listen to them really often. I’m also really into Sidney Gish. I feel like I’ve been listening to her on repeat for like a year straight.

How would you describe your music?

That’s sort of tough. I typically write through the night so I suppose it comes off a bit sleepy and sad. I like to use my guitar and bass as extra sets of voices in a way, so I think that takes the songs to a more airy, dreamy space. I like to keep the drum patterns interesting. I aim for my music to sound exactly how I feel or felt in a moment, but that will almost always sound like something different to someone else.

Do you have a completely DIY approach? Do you see that as something you wish to keep as you move forward?

I do. I make everything myself, and no one else ever really touches the tracks in terms of production, mixing, mastering etc. There’s something that comes with the ritual I have in terms of working on a song that’s pretty special to me. It feels really personal. I love to make songs that way, and I probably always will.

How was the process of making your new album Soft Touch? How was it different from Microwavable Heaven (great name, by the way)?

Thank you! ‘Microwavable Heaven’ and ‘Soft Touch’ are both essentially dedicated to heartbreak, but the two types of heartbreak are worlds apart so naturally the energy put into each one was unique. ‘Soft Touch’ felt extremely delicate to me. It felt really satisfying to take a more calculated approach with the recent songs, although I would say the rawness of MH did and still does feel very authentic to me and that period of time.

What ideas were behind the album? Is there something that you feel connects these songs conceptually?

I started the album last year, a few months after ‘Microwavable Heaven.’ At the time I didn’t have an idea of where it was going to go, so I wrote about 20 potential songs for the album. Towards the end it became more clear what I where I was going with it, and it became an album about regret, remorse, guilt and shame. I see the album as an apology album.

What’s your favorite song from the album, and why?

‘Peaks’ would have to be my favorite. Mainly because I wrote it in one night and it was the only song I didn’t have to think about. The melody and lyrics came to me immediately after I wrote the music, then I sat in my shower and sang it. Once it was finished I felt like I finally got out what I had been trying to say for months.

I haven’t really considered that. Ideally, I’d like to just start another album and hopefully get a chance to play my songs live for people sometime.