Plagued with numerous scandals and controversies, Green Book’s Best Picture win at the 91st Academy Awards was a disappointing end to an, otherwise, adequate ceremony. Upon its victory, many took to social media to condemn its portrayal of race and cry the appraisal for those films that were left in its oscar-winning shadow. Among that list were: Bradley Cooper’s heart-wrenching A Star is Born; Alfonso Cuarón’s unforgettable Roma; and Spike Lee’s provocative BlacKkKlansman. But even from this list of great films that were vanquished by Green Book, there is another noticeable absentee that shockingly didn’t receive a single nomination – Steve McQueen’s Widows.

Why, almost 9 months since its release and 7 months since the ceremony, is it worth recognising its absence again? On a personal level, I consider it one of the greatest films of 2018. It also perfectly reflects the worrying direction that the Academy and cinema, in general, is going: either award-winning arthouse films or blockbuster thrill rides. Widows occupies a liminal space between the two: artistic but not nominated and thrilling but not as commercially successful as it should’ve been (making a meagre total worldwide gross of $76 million against a budget of $42 million). It seems bizarre that such a great film doesn’t receive either the artistic or commercial merit that it rightly deserves. Rather than even attempt to identify why it didn’t achieve either , the remainder of this article will instead celebrate its greatness, recognise what makes it one of the grittiest heist films we may ever see, and argue why its social and political messages are more pertinent than ever.

Having basked in the glory of 12 Years a Slave (2013), Steve McQueen returned with an impactful thriller, based on Lynda La Plante’s miniseries from the ‘80s. Co-scripted by Gone Girl author Gillian Flynn, the film carefully re-defines the conventions of the heist movie by combining in-depth personal relationships with large-scale politics (literally in the form of politicians). The film’s opening montage alone nicely establishes the premise of the film. When Harry Rawlings (Liam Neeson) and his crew are engulfed in flames and gunfire after a job, Harry’s wife, Veronica (the domineering Viola Davis) is left with nothing but Harry’s notebook, which contains details of past and future plans. Faced with owing hustler/politician Jamal Manning (Brian Tyree Henry) and his accomplice, Jatemme (Daniel Kaluuya), a small fortune, Veronica calls upon the gang’s other widows to finish the job that their husbands started. This all plays out amidst a brutal Chicago election race between two equally corrupt characters: Jamal Manning and Jack Mulligan (Colin Farrell); a manipulative individual whose part of political dynasty and considers power as his birthright.

Instead of providing an in-depth review, it is more worthwhile identifying a number of beautifully constructed scenes that have left me, a year on, still in awe. Though the dialogue is equally captivating, the film really gains its worth in the outstanding cast’s expressions and perfectly-timed silences. For instance, in one crucial moment (without revealing too much) Veronica stops behind a closed door, hesitates and then turns around to leave the flat. No dialogue is needed here as everything is expressed in Viola’s enthralling performance. An exemplary moment for conveying the power of the visual medium where less truly is more.

Similarly, Kaluuya demonstrates his acting credentials by establishing his capability as a bone-chilling antagonist rather than the victimised protagonist that he played in his mainstream breakout role in Get Out (2017). During the film, a scene opens with one of Jamal’s henchman, Jatemme, entering a gloomy changing room where he finds the two individuals who were supposed to be protecting Jamal’s fortune. They were too busy performing rap beats, reports the henchman to Jatemme, to undertake their duty to Jamal. Seizing this opportunity, Jatemme invites them to perform to prove why their mistake was worthwhile. As they begin to beatbox and rap, Jatemme nods along and moves closer to the rapper so they are face to face. Kaluuya’s intensity is matched by the camera, which is on a dolly and fiercely spins around them. Despite occasionally having his back to us, Kaluuya’s never-blinking, penetrative gaze is never lost. After that stare, their eventual punishment comes as a mercy for both them and the spectator, who also remain haunted by those eyes.

In a similar manner to Orson Welles, McQueen’s execution of the long take is unrivalled throughout Hollywood. In Hunger (2008), Michael Fassbinder and Liam Cunningham are depicted in an uninterrupted medium-shot that lasts for 17 beautiful minutes. It also seems impossible to forget the tantalisingly long take of Chiwetel Ejiofor dangling from a tree in 12 Years a Slave as he attempts to regain his balance – it’s painful, uncomfortably excessive but also perfect.

It’s unsurprising, therefore, that Widows includes a long take as its centrepiece and though words won’t do it justice, it feels simply offensive to ignore its mastery. Infused with the politics, the film presents the Mulligan family who have held Chicago’s alderman seat for decades and now Jack Mulligan is faced with the task of taking over the role from his father, Tom Mulligan (Robert Duvall). But times have changed. The district is now predominately African American and the Mulligan family perceive themselves to be under threat from Jamal. To regain votes, Jack makes a public appearance for his dubious “Minority Women Owned Work” (MWOW) program. Having avoided tough questions from the press and instead ostentatiously inviting his “success stories” (a group of black women) onstage, Jack jumps into a car with his PA (Molly Kunz).

The remainder of the scene entails the camera being placed (by cinematographer Sean Bobbitt) on the front of the car, directed at the windscreen but maintaining the Chicago cityscape is contained in the background. As Jack screams “these people are killing each other! This is not where I want to raise my children!”, the car drives through a deteriorating area of Chicago with sparse buildings. As the long take continues, the car turns the corner and as it does, the scenery becomes noticeably more affluent and we eventually arrive at the Mulligan’s pristine headquarters. The city is so divided that literally a turn can depict two different worlds. The shot length combined with the dialogue reinforces the power of the moment. It beautifully conveys a mood as much as it worryingly condemns America’s social divide. This incredible technique and type of commentary shouldn’t fit into the heist genre but yet McQueen accomplishes it perfectly.

This is merely one example of the many statements made throughout the film. Every frame contains a impactful message that could be interrogated: a faded set of looming Obama posters; the white dog that accompanies Veronica; and the reoccurring religious imagery throughout (to name a few). Why then did it not receive a single Oscar nomination? I’m sure the answer is as complicated as the multiple layers of this film. It feels like a worrying metaphor for the direction in which Hollywood is going: either thrilling blockbusters or arthouse films and nothing in between. McQueen’s heist film is explosive thrills with a purpose and if the academy won’t appreciate it, then you should. 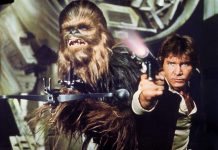 The Sounds of Star Wars 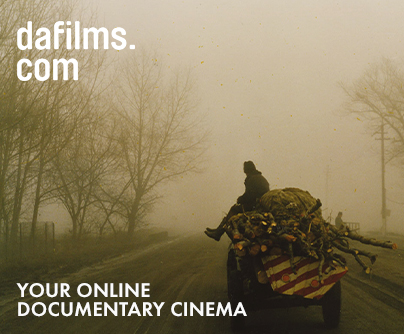