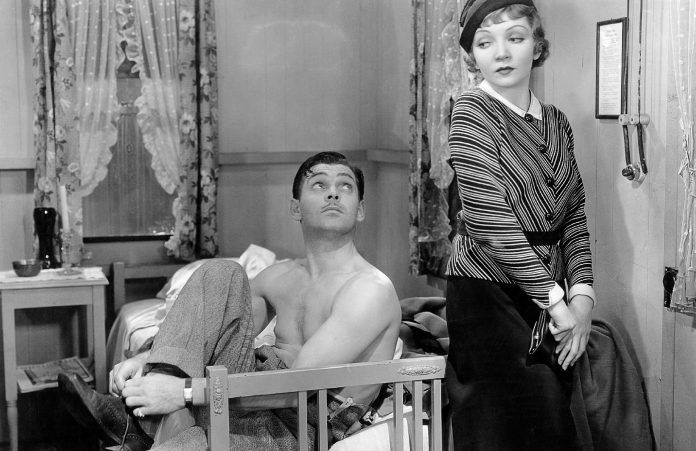 Happy Birthday, It Happened One Night! I and many others adore this Frank Capra film, but why? The storyline is not uncommon. Rich girl runs away from Daddy and falls in love with a poor handsome devil. What does It Happened One Night have that made it the Oscar winner for Best Picture, as well as the world’s finest rom com? Clark Gable undressing? Yes, it has that. But also much more. There’s charm and laughter, wit and nuance, with little feminist-Marxist cherries on top. It all happened One Night. 85 years ago.

For those of you who have not seen this film, where have you been your entire lifespan? You’ve completely missed sweet, sensuous Claudette Colbert playing a deck-diving debutante! Ellen, daughter of a famous oil tycoon, has just jumped off her father’s yacht with plans to rejoin her sophisticated beau King Westley in New York City. Daddy disapproves of their elopement, a pre-film elopement being the first on many irregularities in this particular 1934 rom com. Our heroine is already married, and to an insincere aristocrat named King.

Enter Clark Gable, wickedly gorgeous as always, playing the role of drunken newspaper man, Peter. After heiress Ellen washes up at the Miami bus station, the two meet and become unwitting partners in a Northern-bound journey. He wants to use her love story to win his job back. She needs his help warding off thieves, repelling sleazy men, and handling everything from which her sheltered life has barred her. It’s a symbiotic relationship, with intrigue fanned by class difference, witty repartee, and the subtle heat of modern love. 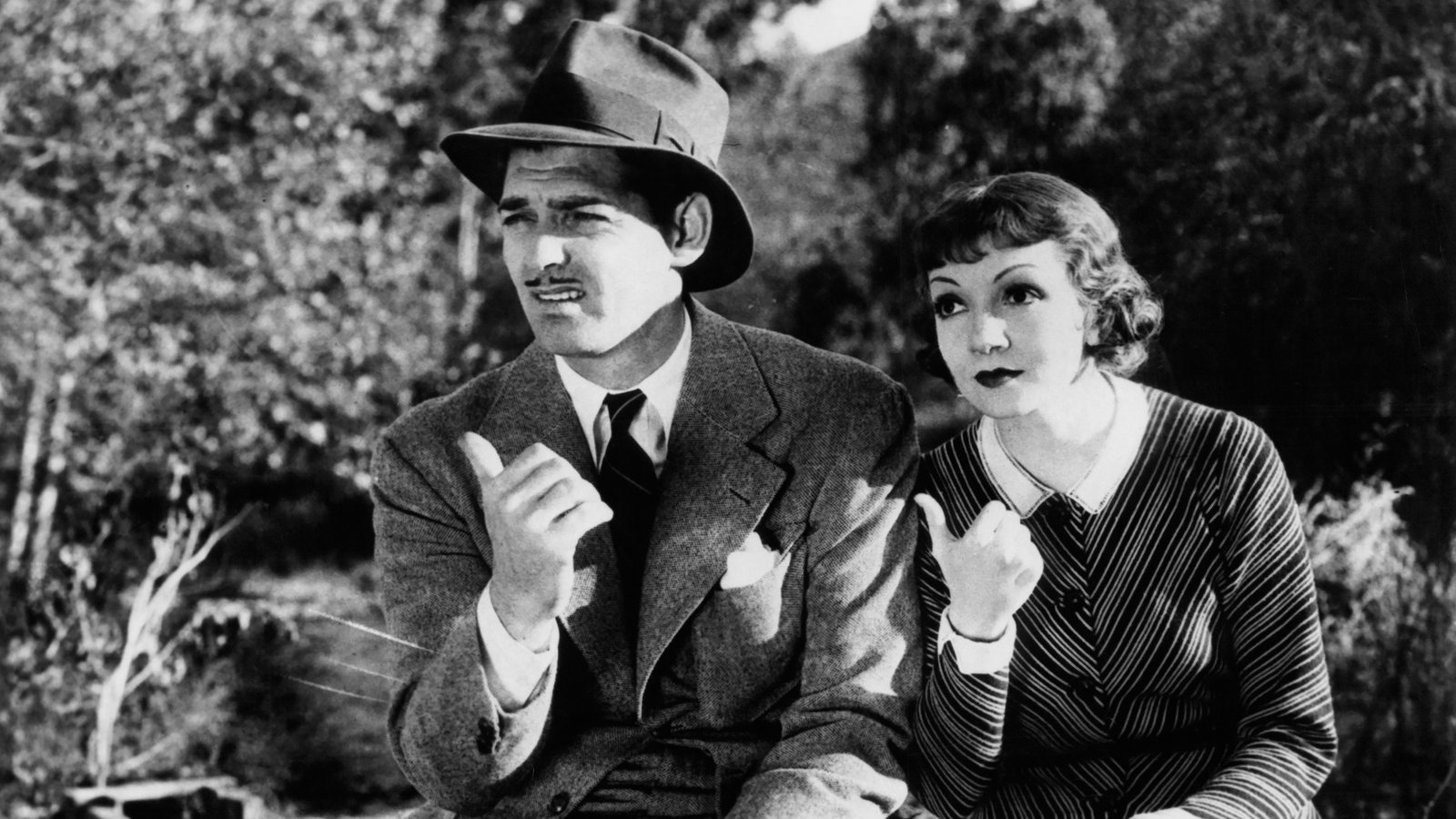 Colbert and Gable entrance and delight all the way to New York, as they chase highway robbers, masquerade as a bickering country couple, and argue about the definition of a piggyback ride. The fuel that drives these two class-crossed lovers is a combination of Robert Riskin’s snappy screenplay and Capra’s multi-dimensional eye. It Happened One Night is no blissful, bright-eyed romance. It’s shadows behind curtains, overnight bungalows amid glowing lantern light, donut dunking, and socially acceptable innuendo.

Meanwhile, let’s not forget Riskin’s daring representation of common folk in the midst of a lover’s tale. Colbert and Gable are surrounded by figures of their time – an adulterous grease ball, a hungry mother and child, a gaggle of boxcar bums. These people (real people) weave It Happened One Night into a multi-dimensional depiction of life, both as it is and as it should be.

It Happened One Night is thoroughly real and, shall we say, modern? Some may disagree, as they watch Clark give Claudette a little spank, call her brat, threaten to break her greedy little neck. Upon reflection, however, the truth behind this seemingly misogynistic behavior becomes clear. The newspaper man challenges the heiress’ inexperience, treats her as his equal in stamina and nomadic strength. He shows her how the world world and her how to dunk a donut. Together, they bus ride and hitchhike their way to Ellen’s mature womanhood.

Last, but absolutely not least, among the film’s attributes is the sizzle, a sound you can still hear 85 years later. Clark leaning over Claudette as she lies in a pile of hay, Claudette clinging to Clark’s lapels in her sleep. Then there’s the white hot fire of suggestion. Riskin took advantage of the last pre-code years, but did so subtly. When Peter and Ellen share their first bungalow, she commends him on his ‘brilliant plan’. He declares he has no interest in her whatsoever, except as a news piece. He puts up their own Wall of Jericho, a blanket hung on line between their beds. A flimsy barrier. An intense temptation. And when the Wall of Jericho finally comes down… Well, we’re left to imagine what happens next.

It Happened One Night took society in its Oscar-winning hands. It’s been 85 years, and it still holds on. We laugh at the banter and the slapstick, the clever and the outright ridiculous. We smile among the friendly travelers, singing and dancing together on a bus from yesteryear. We shiver at the look in Clark Gable’s eyes, and we delight in watching a cloistered girl grow. It Happened One Night is a social ideal. A thrilling romance. A downright treat.