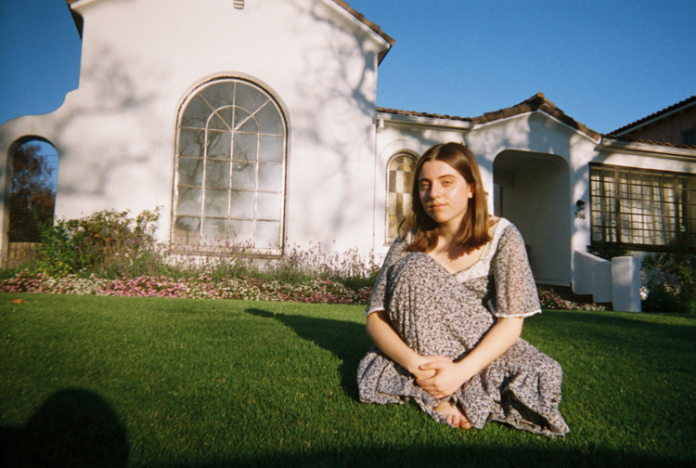 Hailing from Los Angeles, singer-songwriter Sofia Wolfson expressed her interest in music at quite an early age. She started playing shows at 13, and at 16 she had already released her debut album, 2016’s Hunker Down. More mature and confident in her songwriting, Sofia recently released her latest EP, Adulting, for which she reunited with producer Marshall Vore (Phoebe Bridgers, Better Oblivion Community Center), who worked on her previous EP, 2017’s Side Effects. Adulting confronts the process of coming-of-age with stark honesty: “I comprehend it’s my time/ To make a plan and figure out/ How to understand/ Who I will be/ But ain’t it so nice/ To get a hand held/ From time to time,” she sings on ‘Self-Fulfilled Prophecy’, while on the standout ‘Nothing’s Real’ she tries to find “something to explain how immature/ I get when living gets real.” But there’s a sense of warmth to the instrumentals that makes all this youthful uncertainty feel natural, even bearable. Take the breezy opener ‘Hotel Room’, for example, which features one of Wolfson’s most dynamic performances as she sings about a long-distance relationship: “I’m in a hotel room half way across these United States/ I want to hold you but I’m a ghost of LA.” Meanwhile, tracks like ‘Probably Paradise’ and ‘Self-Fulfilled Prophecy’ have a kind of classic rock edge that nicely juxtaposes the distinctly modern, lo-fi singer-songwriter vibe of the EP. If you’re a fan of artists like Phoebe Bridgers and Lucy Dacus, definitely check out what Sofia Wolfson has to offer.

We caught up with Sofia for this edition of our Artist Spotlight segment, where we showcase up-and-coming artists and give them a chance to talk a bit about their music.

You started playing shows and writing music quite early on. What was it that drew you to music in the first place?

My dad is a musician so there have always been guitars around the house. I was obsessed with The Band when I was younger and would watch The Last Waltz on a loop, learning all the songs and studying the interviews. I started writing songs in elementary school about simple stuff like friends and sleepover drama (I still have demos of these). Once I got a bit more serious about songwriting, I started booking shows when I was 13, playing all around town, which is crazy now that I reflect on it. But ultimately I’m thankful for all the lessons growing up in LA taught me.

How do you feel your approach to songwriting has evolved since you released your debut album at the age of sixteen?

I think that I’m more willing to dive into what makes me uncomfortable. My anxiety has always taught me to limit my words. But now, I’m not as afraid to address someone specifically in songs, or sing about subjects that are hard to talk about. I always try to write songs thinking that nobody will ever hear them. That way, I can be the most honest.

Your new EP, Adulting, deals with feelings many people transitioning into adulthood experience. How was it like writing about that period of uncertainty?

I’ve always gone through periods where I get frustrated trying to write/come up with ideas, but these songs came a bit more naturally. Growing up is a really immersive, overwhelming feeling and it felt during that time like there was so much to write about. But even though it came more easily, it was still a difficult process. Often I’d play demos back and be reminded of days I felt a certain way. It’s a natural feeling to want to escape the gloom but the songs during this period forced me to face what felt difficult.

I especially love ‘Nothing’s Real’, for which you’ve just released a new video. How was it like shooting those visuals?

So fun. My friend William Lancaster is an incredible filmmaker and had the vision for the video. He had to teach himself all these practical and special effects to pull it off. We really weren’t sure how it was going to go but once we were on set it all started coming together.

How was it like working with Marshall Vore as your producer?

Marsh is the best. He’s both a songwriter and a drummer so he’s got so many incredible ideas for how to frame a song while still illuminating the words. And he has a ton of crazy gear. Everyone should follow him on Instagram for prime content.

On songs like ‘Nothing’s Real’ and ‘Self-Fulfilled Prophecy’, you open up about figuring out who you want to be, how you “got no plan, nowhere to turn”. Do you feel that more young adults these days struggle with that?

Totally. This is the problem with social media. The constant comparison with others and the perpetual presentation of yourself through photos and captions and videos. But the truth is everyone is going through it and trying to figure it out. That’s an aspect that influenced some of the Adulting songs. As well as being in college and feeling like everyone around you is doing so much more than you. I can’t speak on behalf of 20-year-olds everywhere (ha) but it’s definitely something I know a lot of people in my circles experience.

Following that, I hope it’s okay to ask: Where do you see yourself going from here?

I’m not exactly sure what’s next but that’s what I love about playing music. Logistically, I’ve got a single coming out in the near future, something I recorded in a session before Adulting. I’m playing a lot of shows in town coming up and will be in London in January. And I’ve got a ton of new tunes I’m hoping to record soon. So stay tuned!