Interview with Sara Pretelli: “I am interested in people; talk with them, hear their stories and give them a voice” 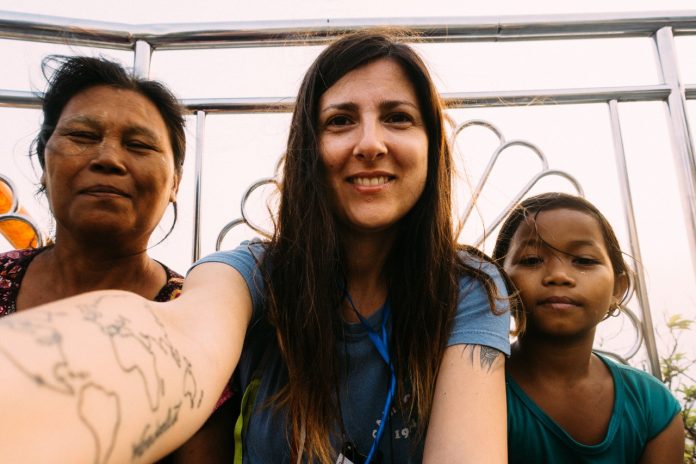 Sara Pretelli, is an exciting filmmaker who recently released her short film Frames, which looks into the world of two amazing eyewear artisans from Japan. To talk about filmmaking and Frames, Sara joined us for an interview.

Hi, I am fine thanks a lot and very excited and honoured to had the chance to show my work on your platform.

So, how did you start your journey into film?

It’s a passion that’s always been within me. My background is rooted in my fine arts studies at Bologna University, Italy. I have always found fascinating expressing feelings and telling people’s stories through images and footage. My first love was photography; as a profession I covered many fashion and showbiz events in the past, but it’s never been my real passion.

I wanted to portray normal people in their everyday life and discover their amazing stories that were hidden beneath the surface. So I have travelled the world for many years (Vietnam, Cambodia, Laos, Indonesia, Malaysia, China, Japan, Chile among others) and I have realised that pictures were not enough powerful for what I wanted to achieve, so I naturally evolved into filming.

Your film Frames, like your other films, focuses on culture and traditions in Japan. How did you come up with that topic?

For all my life I’ve always been a fan of Japan, it’s traditions and it’s culture. I am an avid Manga reader and Anime watcher as well. With this docu-series though I wanted to focus on some beautiful but not well known traditions that Japan has to offer.

There are so many beautiful things about this country still to be discovered. I wanted to detach a bit from the usual traditions already portrayed and focus on something never properly shown to the western world.

When I have some ideas I write down some hints and then I start my research online that can last months. Once I have sufficient info i put down a pre-production plan with visual references, contact info etc. It’s pretty schematic. Once this process is completed, I film the documentary.

Even if I have some notes on the storyboard, when I film I like to be inspired by the moment, by te situation and by the people as well. There is a structure there but a bit of improvisation and creativity is necessary to get to the final result I am looking for.
After this I pitch some compelling element and from that I start the editing.

It’s a very hands on and artisanal process. Every documentary I make is conceived like this

As a filmmaker, what is the one element that drives you to make films the most?

I am interested in people; talk with them, hear their stories and give them a voice. there are so many beautiful stories out there still to be told. I want to give voice to them.

If you could give advice to any up and coming filmmakers, what would it be?

Don’t be a follower. Be unique and believe in yourself. Do not pay too much attention to criticism; being different doesn’t mean to be a loser; it means being unique.

Finally, what is your definition of culture?

Culture is defined by people. Culture is the fundament of every human being and should be talked about not to be lost. I have talked a lot about beautiful cultures all around the world, but didn’t focus too much on my culture. I come from Tuscany, recently I felt the urge to talk about my roots as well. I still want to talk about cultures all around the world but I have realised I didn’t pay to much attention to the beautiful things that my country has to offer.

Usually in Italy we tend to undermine somehow our country and be only fascinated about what’s outside Italy. In my next few projects I want to talk a bit more about my beautiful country and people…There are so many beautiful stories and tradition in my own country still to be told. Stay tuned.

Thank you for joining us Sara.

Squid Game Dethrones Bridgerton as the Most Watched Netflix series