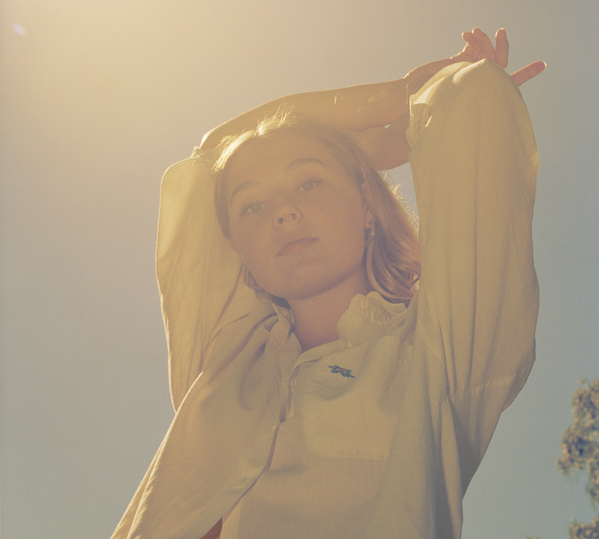 Mimi Bergman – aka mimi bay – is an 18-year-old singer-songwriter hailing from Gothenburg, Sweden. Like many musicians of her generation, she started recording music in her bedroom studio and sharing her music online, particularly on YouTube, where her vlogging channel Hi I’m Mimi quickly resonated with young audiences as it grew to a quarter of a million subscribers. She cites influences such as Frank Ocean, Nick Drake, and Clairo, the latter of which most resembles mimi’s DIY brand of pop in both sound and aesthetic. Following her 2017 ukelele-based EP I Will Be Okay, Mimi began releasing a string of singles that were distinctly dreamier sonically and more mature conceptually, but just as tender, heartfelt, and naturally intimate as her previous output. Her latest effort (and first vinyl release) is the triple-single aptly titled daydreams, consisting of three reworked and completed versions of songs picked by her fanbase from SoundCloud demos. Her warm voice flutters like a ray of sunshine as she sings “it was just another daydream” on the title track, while on the beautiful opener ‘wyd’, she confesses, “I wish we could go swimming in the ocean at midnight/ Are you scared of what’s coming/ Scared of sinking to the bottom of the ocean.” Youth may be riddled by uncertainty, but one thing’s certain: Mimi’s fans have a lot to be excited about in the future.

We caught up with Mimi for this edition of our Artist Spotlight series, where we showcase up-and-coming artists and give them a chance to talk a bit about their music.

You started writing music at the age of fourteen. What was it that made you want to pursue songwriting?

I’ve always been singing and making up songs for as long as I can remember. Music is a huge part of my life it’s just something I’ve always been doing and I see myself continuing with.

How has your approach evolved since you first grabbed a guitar and started recording music on your iPod?

Not a lot has happened since I was eleven, only difference is now I work in my computer.

Who are some artists that you feel like have shaped your sound throughout the years?

The Beatles I think have shaped me the most.

In what ways do you feel like being a YouTuber and being a musician are similar or different?

For me it’s very different. When I made youtube videos I was constantly trying to be perfect and please others and now when i’m focusing on my music I’m just trying to please myself.

How does having a YouTube channel affect your relationship with your fans? Is it more direct?

When I was doing youtube it was definitely more direct a close contact which was really cool.

Congratulations on your latest release ‘daydreams’! How do you feel that these songs differ from anything you’ve released so far?

I’d say they are very different from what I’ve previously released and I really like that. I’ve grown a lot as a person and a creator and I’m happy about that.

You’ve described ‘wyd’ as being about “a bittersweet mixture of longing to get somewhere but also wanting to pause time and stay right where I was.” Can you talk to us a bit more about that?

I wrote this song in a period of time where things were changing a lot. I met a lot of new people and it gave me a bigger perspective on my little world I was also getting bored with school and wanted something else but everything was great at the same time so I didn’t want to leave.

What are your plans for the near future? Anything you’re particularly excited about?

Some new songs and I’m excited for some upcoming shows.