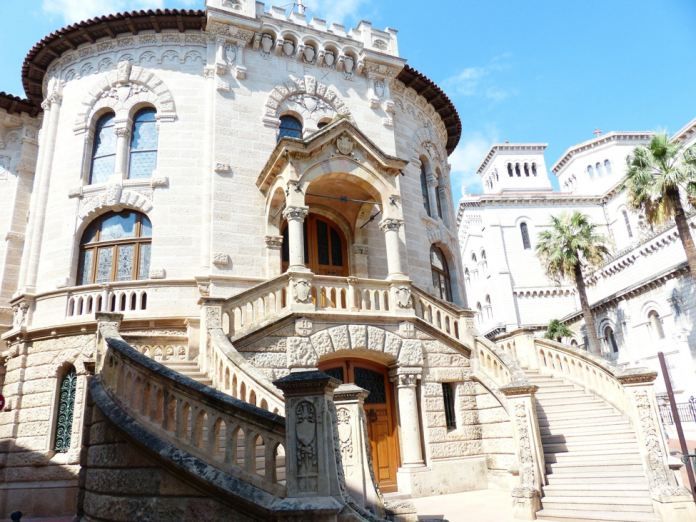 Monaco is known for its massive amount of varying architecture despite it being such a small country. With the number of sharp hills and narrow coastline, the people of Monaco had to be creative with how they built because of the limited amount of flat land. Most of the architectural influence hails from the South of France, especially during the Belle Epoque (Beautiful Period) period that lasted from 1871 to 1914. Spain and Italy are other cultural influences, but none are as big as France. With the warm climate that encourages outdoor living, most of these homes have balconies. Let’s take a look at some of the most beautiful buildings you can find in Monaco.

1. Cathedral of Our Lady Immaculate

A Roman Catholic Church built in 1911, it was dedicated to Saint Nicholas. The church is still active to this day with a regular mass on Sundays at 10 am. The cream-colored stone, which sits on a rocky spur is considered large compared to the other structures in Monaco. Although it was constructed over 100 years ago, it contains the remains of multiple screens such as Brea, La Pieta, and St-Nicholas. The episcopal throne that sits outside of the structure is made of white Carrara marble, while the rest of the building has Mediterranean influences that are found through the Romanesque Revival architecture style.

The Monte Carlo Casino is a gambling and entertainment complex that includes a casino, opera house, and a ballet theatre. It is owned and operated by the Societe des Bains de Mer de Monaco, which is a public company run by the government and the ruling royal family. They have their own sports club, food service, and nightclubs. Along with the various gaming centers, many of the casino games like slots, blackjack, and poker can be found online at Casumo casino, just in case you can’t make it to this building. Made in 1863, this building is arguably the most recognizable and well-known building in Monaco.

Located at Square Beaumarchais in Monte Carlo, this structure was built at the beginning of the 20th century, designed by architect Jean Marquet. It’s one of the largest structures on the island, and it a famous example of the Belle Epoque architecture seen during the late 19th century. The ceiling of the dining room, filled with hand-painted pictures, features and elegance, and refinement that makes the Belle Epoque movement so memorable. It used to be a one-level hotel but over the course of its lifetime the architect Joseph Lori added two more levels with multiple wings and bedrooms. It was awarded the Renaissance Trophy for the “most elegant period decor” by Gault and Millau Guide.

This museum is a scientific and cultural gallery, filled with aquariums, fauna, and marine-flora. It was built to face the cliff of the Mediterranian Sea and was designed specifically to represent the seas’ life of the adjacent ocean. It was the first in the world to successfully keep and reproduce corals in captivity. Inaugurated by Prince Albert in 1910, it’s home to a wide variety of sea-related objects including sea animal skeletons, model ships, tools, and weapons. On the first floor, A Sailor’s Career shows off the work of Prince Albert’s research yachts, the phenomenon of anaphylaxis, and aquariums with live fish. This place is definitely worth a visit, not just for the beauty of the building, but due to the wide range of information found inside its walls.