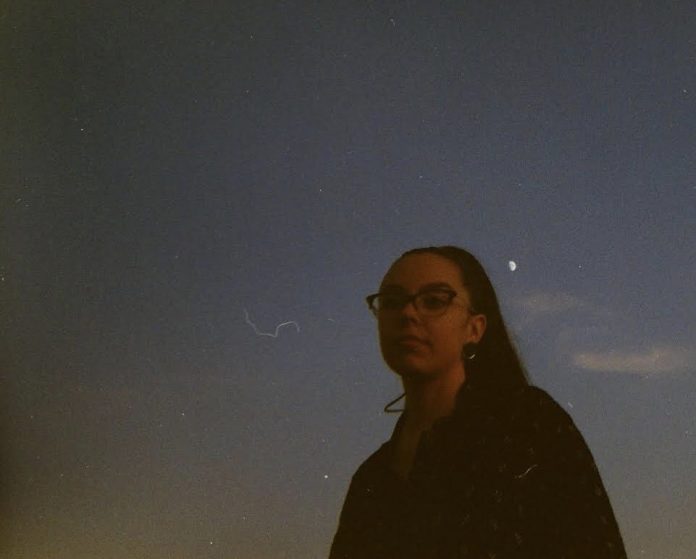 Samplelov is the moniker of California-based singer-songwriter Caitlyn Lopez, whose music wonderfully blends elements of lo-fi pop, R&B, and alternative rock. After releasing a series of singles on Bandcamp, as well as a dreamy, sun-drenched LP titled Love Tapes vol. 1, she has just come out with a new album, As You Are. Though similar in style, her latest feels distinctly more personal in nature, as indicated by the cover art, which features a picture of Caitlyn herself. Trading electric instruments for more acoustic arrangements, As You Are dwells on our relationship with ourselves as well as with others, offering the kind of intimate self-reflection one might subject themselves to in a time like this. Despite the simplicity of the compositions, which circle around a few acoustic chords and minimal embellishments, there’s a stark sense of hope and affirmation that shines through Caitlyn’s enchanting vocals and vulnerable lyrics, ultimately reminding us of the importance of self-love before all else – a message we all need to hear, and beautifully delivered too.

We caught up with Caitlyn Lopez for this edition of our Artist Spotlight series, where we showcase up-and-coming artists and give them a chance to talk a bit about their music.

How and when did you start playing music?

My music journey started when I was young. I always loved singing since I had an awareness of music, but playing instruments didn’t start until I was about 9 or 10. I learned to play clarinet in band class, and did that for about 6 years. I knew I wanted to learn to write and play original pieces, and I didn’t really get into playing more instruments and writing songs until about 4-5 years ago. I learned to record and use software in high school, and since then I’ve been committed to learning more and more about producing and recording my own compositions.

Where do you draw your influences from?

My musical influences are all over the place genre wise. To name a few, sounds by Nai Palm, Portishead, King Krule, Charlotte Dos Santos, Raveena, D’Angelo, Solange, Tennis, The Internet, and Jessica Pratt have inspired me within the last couple of years. R&B and Alternative Rock are typically the genres in rotation for me, but Hip Hop & Rap as well as Indie has been apart of my upbringing and continue to inspire me as an artist. Early 2000’s R&B artists like Ashanti and Tamia greatly inspired melodies in my most recent project as well.

What was the main inspiration behind ‘As You Are’?

As You Are was made with the intention of dedicating it to my loved ones and the world around me, as well as an ode to myself. I wanted it to act as a response to the chaos of our world’s condition and work as a reminder of the sweet things to savor in life despite the things we dwell on or worry about. It’s about caring for our inner child and experiencing the same adventure an wonder within our adult bodies. It’s about self-respect and showing appreciation for those around us, and the idea that celebrating the good things in life can coincide with being aware of the evils of the world. I think it’s healthy to celebrate the duality of sadness and happiness in this life. It’s a part of being human. Celebrating what makes us human is the goal.

Where is the opening audio on ‘Bella’s Affirmations/ Daian’ from, and why is it meaningful to you?

‘Bella’s Affirmations’ is actually a recording of my cousin and her daughter saying affirmations that they say for their nightly routine! My cousin, Daniella, shared it on her instagram story one evening and I asked for her permission to use it at a family gathering, and I feel so lucky to have been able to share it on the album! Hearing Bella say those affirming things at such a young age is powerful because young girls (especially young girls of color) being taught radical self love in not only their beauty but the contents of their character give them so much room to move in confidence. I really admired my cousin teaching Bella those things, and it kind of goes along with the idea of re-parenting our inner child to know those things about ourselves. I want to encourage listeners to take that mantra for themselves. We are strong, we are brave, we are kind, brave, smart, and beautiful.

What was the recording process of the album like?

Recording is actually where a lot of the song writing took place. I would always start with a chord progression on guitar and just an idea of what I wanted to write/sing about. Guitar and bass typically came first, then keys, then vocal layerings. I wanted to challenge myself for this project and push the boundaries of anything else I’ve done before.

What draws you to this kind of production process?

Many producers, myself included, benefit from starting with the basics and working the track up to more complex rhythms, melodies, and progressions. When I’m still developing a song, keeping it simple in the beginning stages gives me a lot of room to be more expressive in my lyrics and vocal stylings. Characteristics of a track heavily rely on what I want to say with my lyrics. With R&B and alt rock, you don’t always need complex production to make the song effective!

2020 is the year for reaching new heights in skill and content. I want to continue to push the boundaries of what I’ve done previously as well as collaborate with many of the talented artists that surround me. I’m currently working on two collaborative EPs which I hope to complete this year. I’m also hoping to expand my artistic range, because music is not the only thing I do. I love the visual arts, and have completely fallen in love with ceramics. I hope to integrate all of these mediums to build on the message of duality and embracing the complexities of the human experience. In addition to art expansion, I want to prioritize chasing what I want. It’s easy to get complacent in the routine of life. I want to seize the time I have on earth more. I encourage everyone to do that too.