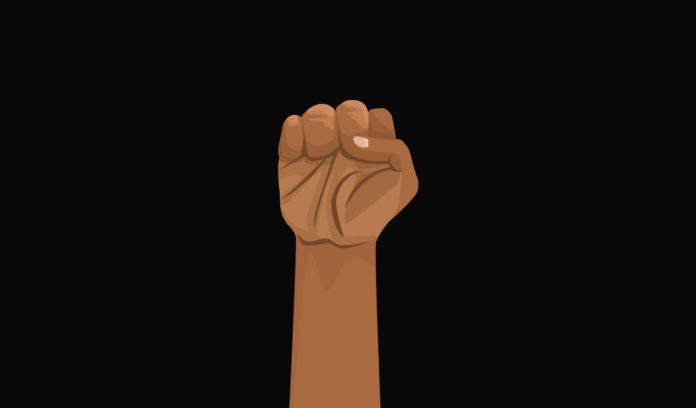 The United States and the United Kingdom share many features, and a refusal to look inward at the problem of white supremacy is one of them. From a U.K. perspective, we have largely been trained to deal with racism on an individual level, focusing only on the actions of individuals instead of seeing the broader picture of racism in our past, present, and – unless we take action – our future. It is easy for us to call out an individual who spouts racist abuse, but it has been much harder for us to collectively look to (for example) the immoral treatment of the Windrush generation and call it out for what it is: the perpetuation of racist violence left over from our colonial past. Akala’s 2018 book, Natives: Race & Class in the Ruins of Empire is an insightful text to read to begin understanding our inability to confront our own history of racism.

In light of the work and sacrifices of brave protestors who have, the world over, taken to the streets in support of the Black Lives Matter movement, Our Culture has put together a list of organisations and charities that our readers can support.

“The United Families and Friends Campaign (UFFC), is a coalition of those affected by deaths in police, prison and psychiatric custody, [and] supports others in similar situations. Established in 1997 initially as a network of Black families, over recent years the group has expanded and now includes the families and friends of people from varied ethnicities who have also died in custody.”

The UFFC demands that:

“Reclaim the Block began in 2018 and organizes Minneapolis community and city council members to move money from the police department into other areas of the city’s budget that truly promote community health and safety. We believe health, safety and resiliency exist without police of any kind. We organize around policies that strengthen community-led safety initiatives and reduce reliance on police departments. We do not believe that increased regulation of or public engagement with the police will lead to safer communities, as community testimony and documented police conduct suggest otherwise.”

“We work with young people from disadvantaged backgrounds aged 13 to 30 to inspire and enable them to succeed in the career of their choice. We also influence others to create a fairer society in which everyone, regardless of their background, can flourish.

A lot has changed since Stephen Lawrence’s murder in a racist attack in 1993, but some things have stayed the same. Too many young people still struggle to succeed because they are disadvantaged by factors beyond their control, such as where they are born, the school they go to, or any discrimination they may face.

At the Stephen Lawrence Charitable Trust, we don’t accept that your background should limit what you can achieve. We work with young people from disadvantaged backgrounds aged 13 to 30 to broaden their view of what’s possible. We help them to gain the knowledge, skills, and qualifications they need to pursue the career of their choice, and we support them to progress through the early stages of their career. We also work with community groups, companies and others to create a fairer society in which everyone can thrive.”

The Stephen Lawrence Charitable Trust aims to be a fitting legacy to Stephen’s memory and to make a real impact by:

You can support the Stephen Lawrence Charitable Trust via their website.

“The Okra Project is a collective that seeks to address the global crisis faced by Black Trans people by bringing home cooked, healthy, and culturally specific meals and resources to Black Trans People wherever we can reach them.

During the Middle Passage, our African ancestors snuck okra onto captive ships to sustain themselves and plant in the new world. Black Diasporic cooking traditions often use the okra plant for its versatility and it is often associated with health, prosperity, and community.

“The Okra Project pays Black Trans chefs to go into the homes of Black Trans people to cook them a healthy and home-cooked meal at absolutely no cost to our Black TGNC siblings. For those Black Trans folks currently experiencing homeless or whose homes cannot support our chef’s cooking, The Okra Project has partnered with institutions like Osborne Association and other community spaces to deliver foods.”

You can donate to The Okra Project via their PayPal.

The following is a list of petitions for people and causes that require support and attention.

Petition calling for more protection for Black Trans Women in the UK – U.K.

Transphobia is another scourge that must be fought against. Transphobia, as with other cultural factors like class, intersects with racism. Indeed, according to the Home Office’s report on Hate Crime in England and Wales from 2018 to 2019, hate crimes against transgender people saw a 37% increase to 2,333 cases. As the report says, this increase might be down to improved identification of cases but it cannot rule out a genuine increase.

As the petition’s creator says, “We need our parliament to recognise how much black trans women fear for their lives daily”

“Black Trans Women are endangered and they urgently need attention and justice! There is so much to be done and it starts with getting our government to recognise there is a problem that desperately needs a solution!”

“Breonna Taylor was an award-winning EMT and model citizen. She loved her family and community. She worked at two hospitals as an essential worker during the pandemic.

One month ago, a division of the Louisville Police Department performed an illegal, unannounced drug raid on her home. Not a single officer announced themselves before ramming down her door and firing 22 shots, shooting Breonna 8 times, killing her.”

Our Culture hopes that our readers and followers are able to help these causes and organisations in any way that they can. This is not a finished fight, and we can all use our platforms to recognise racism around us and to confront our own biases. Black Lives Matter.