The Flaming Lips have officially announced their follow-up to 2019’s King’s Mouth. It’s called American Head and it’s set for release on September 11 via Warner. Produced by longtime collaborator Dave Fridmann, the record features the previously released ‘Flowers of Neptune 6′ with Kacey Musgraves (who is also credited on ‘God and the Policeman’), as well as a new song called ‘My Religion Is You’. Below, check out the new single and video, as well as the album’s tracklist and cover artwork.

“The music and songs that make up the AMERICAN HEAD album are based in a feeling,” frontman Wayne Coyne explained in a press release. “A feeling that, I think, can only be expressed through music and songs. We were, while creating it, trying to NOT hear it as sounds… but to feel it. Mother’s sacrifice, Father’s intensity, Brother’s insanity, Sister’s rebellion…. I can’t quite put it into words.”

Back in March, the band released Deap Lips, a collaborative effort with Deap Vally. They recently performed their 1999 song ‘Race for the Prize’ inside giant bubbles on a remote episode of The Late Show with Stephen Colbert. 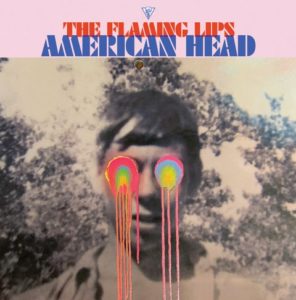 1. Will You Return / When You Come Down
2. Watching the Lightbugs Glow
3. Flowers Of Neptune 6
4. Dinosaurs On The Mountain
5. At The Movies On Quaaludes
6. Mother I’ve Taken LSD
7. Brother Eye
8. You n Me Sellin’ Weed
9. Mother Please Don’t Be Sad
10. When We Die When We’re High
11. Assassins of Youth
12. God and the Policeman (ft. Kacey Musgraves)
13. My Religion Is You