The Indelible Pop-Culture Legacy of Return of Ultraman 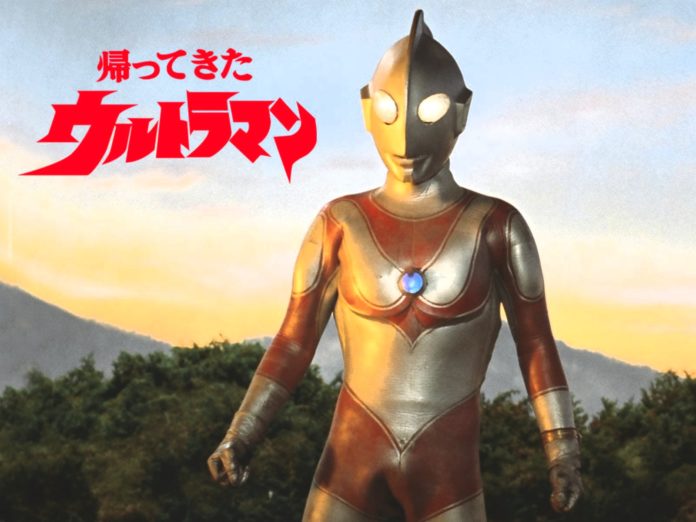 The kyodai hero is a keystone of Japanese pop-culture. Transforming giants prone to wrestling monsters and fighting the good fight have been a staple on Japan’s television screens and beyond since the mid-‘60s. They have, however, largely struggled to find footing in Western territories and cultural consciousness. Some – like Johnny Sokko and His Flying Robot – may fan faint flames of nostalgia in older viewers, but it’s a fairly safe bet to assume most film and television fans in the West are largely unfamiliar with titles like Zone Fighter, Iron King, Jumborg Ace, and Mirrorman. And no – Power Rangers doesn’t count.

Despite this, kyodai media is regularly referenced, parodied, and paid homage to in Western popular culture, perhaps without audiences (and content creators) even being aware of it. What’s especially surprising – and disappointing – about this sub-genre’s failure to entice international attention is the not-so-subtle yet unassuming mark it’s made on worldwide pop-culture. In particular, we as viewers, fans, creators, and critics owe a considerable debt to one show: Return of Ultraman, the fourth entry in the long-running Ultra Series, the show that launched the franchise as we know it today, and cemented its place in popular imagination and culture forever.

Let’s rewind a bit. When considering an “original trilogy”, you’re probably inclined to ponder a certain saga set a long time ago in a galaxy far, far away. Let’s appropriate the phrase and instead attach it to a fairly remarkable trinity of television shows produced by Tsuburaya Productions in the mid-to-late ‘60s: Ultra Q, Ultraman, and Ultra Seven. Ultra Q was a happy marriage of The Twilight Zone and The Outer Limits-style supernatural mystery and intrigue to Toho’s kaiju spectacles, while Ultraman and Ultra Seven represented Tsuburaya’s first forays in the giant hero genre. Sadly, Eiji Tsuburaya – special effects magician, company president, and franchise originator – passed away in early 1970, and it looked as though the Ultra Series would depart with him.

Enter Hajime Tsuburaya, Eiji’s son, who revived the franchise in 1971 with Return of Ultraman. The series is similar in concept to Ultraman and, to a lesser extent, Ultra Seven, with a member of an anti-monster defence team imbued with the God-like ability to transform into a towering giant of justice, and fend off any untoward colossal creatures. So far, so familiar.

Return of Ultraman really sets itself apart from Ultraman and Ultra Seven in a considerably darker (and sometimes whiplash-inducing) tone, including the introduction of extreme, sometimes graphic violence to what is ostensibly a children’s series. The violence isn’t restricted to Ultraman’s fights against giant monsters either – as always in kaiju media, humans (and those appearing human) are every bit as monstrous. This is indicative of the decade the show was produced; the same that would go on to see the release of The French Connection, Apocalypse Now, Taxi Driver, Dirty Harry, Alien, and the first two Godfathers. Culturally and socially, the optimistic, socially-revolutionary ‘60s had been replaced with pessimism, mistrust, anger, and darkness. Welcome to the ‘70s, Ultraman.

Return of Ultraman is darker than Tsuburaya’s original trilogy, featuring episodes that depict and explore child violence, social and mental ineptitude, prideful folly, personal and professional jealously, suspicion of authority and, on occasion, murder. What’s important about the show in this regard, however, is that it isn’t afraid to counter its own gloom and cynicism with what remains the beating heart of the Ultra Series to this day: sincere, unashamed positivity and hope. Even on its bleakest days, Return of Ultraman ends on a very necessary note of optimism, believing that tomorrow will be better.

Return of Ultraman was the first new Ultra show to air on Japanese TV since Ultra Seven concluded three years prior, and it was successful and popular enough to ensure new Ultra content appeared on screens – both theatrical and at home – for years to come. Return concluded in March 1972, and the following month (!) saw the debut of Ultraman Ace. In 1973, Ultraman Taro followed, with Ultraman Leo arriving the next year. The original run of televised Ultra shows concluded with Ultraman 80 in – you guessed it – 1980. While the franchise began with Ultra Q back in ’66, Return of Ultraman proved the series had legs, and provided a template – both narratively and practically – for Ultraman to return time and again.

Return of Ultraman also merged the formerly-standalone original trilogy into a shared narrative universe, allowing heroes and monsters from previous shows to make guest appearances, as well as dozens of films and TV shows in the decades to follow (while also anticipating modern media’s fascination with “shared universes”). The show’s longevity and influence isn’t just confined to its own franchise, however. The thirty-fourth episode, “An Unforgiven Life”, features a genetically-engineered plant monster created by a reclusive, lonely scientist. The episode was written by then 16-year old Shinichiro Kobayashi who, after winning a public story contest, would later pen the treatment for what became the similarly-themed Godzilla vs. Biollante in 1989.

In 1983, 23 year-old Hideaki Anno directed and starred in Daicon Film’s Return of Ultraman, a fan-made, affectionately parodical tribute to the series. Anno himself portrays Ultraman, sporting blue jeans, white sneakers, and a snazzy red and silver jacket in place of the iconic full-body costumes used in Tsuburaya’s shows. With an oeuvre containing the likes of Gunbuster, Nadia, Love & Pop, and Shin Godzilla, Anno’s career represents one of the most interesting of any living filmmaker, but he is best known – domestically and internationally – as the creator of the trailblazing anime mega-hit Neon Genesis Evangelion.

In its many iterations, the Evangelion franchise is crammed with Ultra-influence and references beyond the notion of humans merging with giants  to battle invading monsters. The initial television series’ often jarring tone is reminiscent of Return of Ultraman’s, and Evangelion also borrows character dynamics, relationships, and visual aesthetics from Return. Preceding a televised re-broadcast of Return in 2013, Anno paid tribute to his favourite Ultra-show by hosting a half-hour retrospective tribute to the series, featuring series lead Jiro Dan and rakugo artist Takataro Yanagiya.

After the runaway success of Shin Godzilla, Anno’s career is set to come full circle: 2021 will see the release of Shin Ultraman, from a script by Anno himself, and directed by his long-term creative partner, Shinji Higuchi.

Who knows what popular culture would look like today had Return of Ultraman never been produced? Like the best kyodai media, the show is simultaneously comfortable and unpredictable, and Tsuburaya Productions embraced a fondness for what came before while pushing onward, safeguarding the future of the Ultra Series for generations to come. Uncompromising on its darker days but charmingly earnest and heartfelt in its sincerity, Return of Ultraman remains among the best of all kyodai TV. Its influence and popularity in the years following its debut is a fitting tribute to a very special show, as well as a genre that hopefully – one day – will receive the worldwide recognition and acclaim it has earned.